The new album features the songs ‘Dream Steppin’’, ‘A Taste’, ‘Someone To Serve’ and ‘Been A Little While’, which have found a home on triple j’s airwaves and featured across a variety of Apple Music and Spotify playlists globally. It was mostly written following the release of Two People’s acclaimed debut First Body, in a rustic, isolated cabin on the windswept coastline of Skenes Creek along Victoria’s Great Ocean Road; and later recorded back in St Kilda with the duo’s good friend Simon Lam, (of fellow Melbourne act Kllo). And whilst it might appear to have come together relatively quickly, it was in fact many moons in the making.

“10 yrs of collaboration and cuppas and anxiety and purpose and lols has led us here. We love this record. And if you get anything at all from it, we will feel good.”
– Two People

That culmination of anxiety and purpose also fittingly led to the band tattooing the album release date onto their forearms, as mentioned in a recent post to their Instagram page.

An introspective look at relationships and self, tension and release, transportive and immersive; Second Body is a mood unto itself and a fitting soundscape for the trials of the present day. In the band’s own words, the album is about “…the tension that comes with being stuck in a place you don’t want to be. It’s about not being able to move to another place. So instead just imagining it up and putting that world into a record.

“First Body was all about us exploring new sounds, feeling out edges, working with raw and fragile parts. Second Body is definitive, deliberate and assertive. It’s more fierce and a little bit more fun…. A night in the desert, a dreamland, filmic and surreal…”

Two People’s debut album First Body included ‘I’m Tied, To You’, ‘Phone Call’ and ‘Fading’ and saw the band forge their own, unique path in an often crowded electronic space.  Guided by bold visual cues, DIY principles, and an emphasis on the empty space between notes as much as the notes themselves, the album saw the band perform at BigSound, where they caught the eye of the good folk at Terrible Records (and with whom they later signed to for North America), and at SXSW.

Second Body is out globally now via Liberation Records, and via Terrible Records for North America.

LISTEN: ‘Someone To Serve’ by Two People below 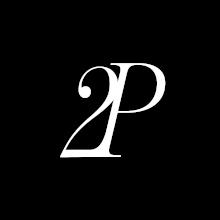 Second Body tracklisting:
1. Dream Steppin’
2. Loud
3. Someone To Serve
4. Been A Little While
5. Breaking The Silence
6. A Taste
7. The Line
8. I Was Wrong Thinking You Were Right
9. Under The Hood