DAVE THE BAND RELEASE THEIR

One of Newcastle’s best kept secrets and exciting 3-piece indie-rock band, dave the band, have released their long-awaited debut album, Slob Stories out now via believe.

Slob Stories was recorded in Chicago with none other than Steve Albini (Nirvana, The Pixies), who perfectly captured the band’s raw energy and brain-to-page intensity of Noah’s songwriting. Building off the promise of a string of early EPs, Slob Stories is a fully realised work of emotional scale and scope and shows a different side to Noah’s song writing.

To celebrate the release, they have released the video for latest single, Capsule. Capsule follows the singles, Ultrahard, Get Smart, Fine! and Where You Are.

“I had the idea for capsule when I heard a friend talking about his trip to Japan where he’d stayed in a capsule hotel. It was written just as winter was ending and I was reflecting on the last few months that had passed. We’ve always been influenced by Cloud Nothings, but this is the track that makes me think of them the most. Gabe and Max are chugging away so hard in the verses that all I need to do is strum each chord once and it feels like the song becomes this living and breathing thing that we are engulfed in when we play it.” Explains vocalist, Noah Church.

“dave the band have delivered a no-frills, DIY masterpiece, positioning themselves at the forefront of the Australian punk world. Next step: world domination.” – Hysteria Magazine

“We’re so proud of the music coming out of Australia, and dave the band is undeniably at the forefront of the sound we love.” – Tone Deaf

“dave the band has undoubtedly put itself on the map with this release and you’d be doing yourself a disservice not to check it out. This is a stellar first album from the lads and they’re only just getting started.” – Wall Of Sound

Watch the video for Capsule here:

So, ‘Which Dave Are You?’. Are you Dave Grohl from Foo Fighters? Or are you Dave Le’aupeppe from Gang of Youths OR are you Dave McCormack from Custard, Dave Brubeck or dave.? Well, head to Instagram and download your dave the band filter and find out yourself. Our friends at Pilerats show you how it’s done here.

Combining a punk, DIY ethos with heartfelt and honest songs, dave the band are much more than your typical rock band, drawing influences from artists such as You Am I, Built To Spill, Pixies and Custard; introduced to them by their music fanatic, vinyl-collecting parents.

dave the band have performed with some of their biggest influences such as You Am I, British India, Dune Rats, The Hard Aches and Bootleg Rascal as well as playing events such as Gumball, No Worries Festival, Moruya (Touch Sensitive, The Vanns), Raave Tapes, Shut Down, The Argyle House (Good Boy, Kwame) and The Cambridge Hotel’s Boxing Day Party (Dear Seattle, Rackett, Maddy Jane).

Newcastle has seen its fair share of loud rock bands over the years, but few have been as raucous and high energy as dave the band in full flight. 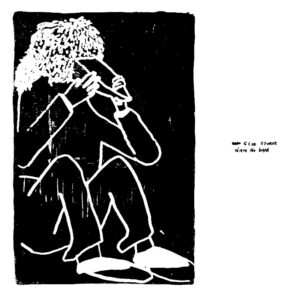