Explosive Sydney rap group Triple One have today shared the studio version of a long-running live favorite in the form of their new single, ‘Handyman’.

Following up their collaborative single with Matt Corby and Kwame, ‘So Easy‘, ‘Handyman’ is the group’s first new music of 2020. An infectious, three-minute ride that never sits still, teaming overblown bass with a playfully whistling melody and Triple One’s usual dynamic vocal interplay and tongue-in-cheek approach to hip-hop braggadocio.

Despite only officially releasing today, ‘Handyman’ has already become a cult favorite among Triple One’s devoted legion of fans, having been road-tested throughout their relentless 2019 touring schedule, which finished with a supporting slot for Australian rap royalty Horrorshow on their national ‘The New Normal Tour’.

Directed by FEMME.tv, the music video is a homage to suburban Australiana, taking nostalgic cues from the group’s teenagedom, exaggerating them to the point of hyperbolic caricature and throwing them all together into a bogan paradise.

Director Natasha Foster says that: “When the boys from Triple One approached us with a script about a bogan couple, I was excited to take the narrative and pull it apart, make it more abstract and create a hyper color bogan community and shoot on a suburban street… I loved that the boys gave me the creative freedom to be able to take a script and expand it into something that still tells the same story, but in a more visual way. We love creating work full of colour and filling the frame with lots of talent. I think we succeeded in creating Aussie suburbia on crack.” 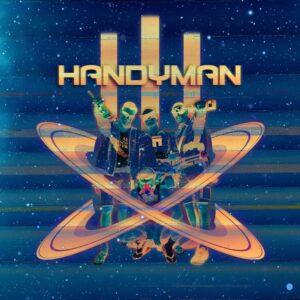 Stay connected with Triple One:

Having accumulated underground buzz for years through viral early singles ‘Doozy‘ and ‘Overflow‘ and their notorious live shows, Triple One broke into Australia’s mainstream consciousness in 2018 with singles ‘Showoff‘, ‘Tarlo‘ and ‘Valentine Kid‘ being added to high rotation on triple j. Profiles from Complex, GQ and Highsnobiety followed, as did a spot onYoutube’s first-ever ‘Artists to Watch’ list and spotlights as triple j Unearthed ‘Artist of the Week’,Apple Music’s ‘New Artist of the Week’ and more. In 2019 they consolidated their takeover of Australian airwaves with pensive, mental health-centered, ARIA Gold-certified ‘Butter‘, which scored rotation on triple j and FBi Radio; release their third EP, The Libertine 2, and their collaboration with Matt Corby and Kwame, ‘So Easy’.