Australian folk-rock stalwarts The Paper Kites have returned with their new single “For All You Give”, featuring UK singer-songwriter Lucy Rose. Carrying the torch of weather-beaten ballads and thoughtful songwriting, this is the first taste of the bands 5th studio album Roses, to be released in 2021 through Wonderlick.

Beautifully restrained, intimate and slow burning, The Paper Kites’ new single “For All You Give” is yet another example of the world-class talent that has seen the band approach 1 billion streams worldwide, and 3 million monthly listeners on Spotify.

Produced by Sam Bentley and Tom Iansek (#1 Dads, Big Scary), The Paper Kites’ upcoming album Roses is a deeply moving collection of songs, helmed by a cherished selection of artists. “It’s an album of duets – for lack of a better word,”Sam Bentley explains. “A collection of songs we had written and wanted to record with these artists.”

An alluring, dynamic and diverse company, the Roses vocalists were handpicked by the band to feature on the new album. “It was first and foremost about finding the voices and artists we felt were right for each song,” said Sam .

ThePaperKites have set expectations high with this first single, a testament to sincere, patient and understated songwriting.

From their very first EP, 2011’s Woodland, ThePaperKites had found a devoted audience for their sound, and by early 2012 they were headlining shows across Australia. Along with their recent platinum certification in the US and Canada, the band have also received gold certification in The Netherlands, Italy, Australia and New Zealand for their single “Bloom”.

The Paper Kites have since opened for the likes of Passenger, City and Colour and Bombay Bicycle Club, and completed a number of local and international headline tours, selling out rooms like the Fonda Theatre (Los Angeles), Paradiso (Amsterdam), and the historic Forum Theatre (Melbourne).

Four albums later, and with a fifth on the way, The Paper Kites have solidified their position as one of Australia’s premier indie-pop acts.

“For All You Give” is available on all platforms. 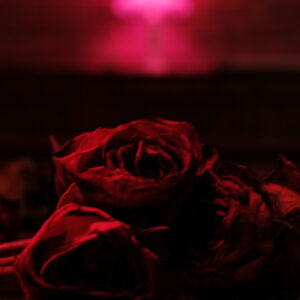