‘Angel Fangs’ follows on from her debut EP, Bleeding Buttercup, as well as her appearance on Future Classic’s Shelter in Place, a compilation highlighting emerging musicians from around the world during the pandemic. Blending together dreamy shoegaze, guitar-driven indie, skittering, hip-hop-influenced pop production, and Lily’s multilayered approach to her vocals, Bleeding Buttercup used The Blossom’s restrained bedroom pop to explore the emotional and mental terrain of that private space.

Where her debut EP was defined by an unfaltering commitment to openness and vulnerability, ‘Angel Fangs’ takes that purpose even further, relying solely on grainy acoustic guitar, Lily’s close, lonely vocals, and her diaristic, painstakingly self-conscious lyrics. From an artist who is building a career out of excavating her own defenses, ‘Angel Fangs’ is The Blossom’s most exposed and understatedly heartrending track yet.

Of the track, The Blossom shares that she “wrote Angel Fangs during an isolated quarantine, hanging off the side of my bed… I was feeling restless and hopeless… this song felt like an ache, something that was building up and lamenting. I wanted to confront myself with an over-awareness that in its confrontational manner feels soothing and liberating… cause I guess I ended up writing a lot of lyrics that had been buried and burrowing underneath my skin for a while. So I chewed up my feelings and spat out something that we recorded in 1 take and left it at that. I didn’t use written lyrics, I just let whatever fall off of me.”

‘Angel Fangs’ by The Blossom is out now, buy/stream it here. 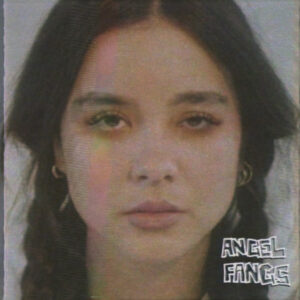 Stay connected with The Blossom: