WITH FUTURE ON NEW SINGLE

This year Octavian will finally release his hotly-anticipated debut album. It’s the culmination of years of progress, evolution and experience, punctuated by two acclaimed mixtapes (SPACEMAN and Endorphins), multiple awards, co-signs and high profile collaborations. And with Skepta already announced as the album’s executive producer, it’s set to be one of the year’s defining releases.

Today, the multifaceted London rapper, producer, songwriter and ESSIE GANG founder releases the first track from that debut album. ‘Rari (Chapter 1) feat. Future’ is the album opener and heralds the first of three musical Chapters on the record that will showcase Octavian’s diverse signature sounds. It’s also an undeniable statement of the levels of scale and ambition at which Octavian now operates. Listen HERE.

‘Rari (Chapter 1)’ not only introduces a more emotionally expansive expression of himself but also indicates the many ways in which Octavian has taken things up a notch. Featuring Future, who has dramatically transformed the rap landscape in the past decade, ‘Rari’ is in part a passing of the baton. Combining Octavian’s signature rap sound with his more experimental indie leanings, the track tells the story of companionship and looking forward to brighter days ahead. Produced by Jim-E Stack and accompanied by a Crown & Owls directed video, it’s a story told in two parts, with the Dungeon Familylegend leaving his unmistakable imprint on the second half. Watch the ‘Rari feat. Future’ video HERE.

‘Rari feat. Future’ by Octavian is out now, buy/stream it here. 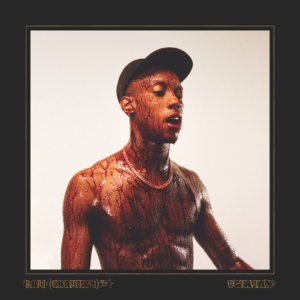