“2 Moods” sums up Swims’ ultimate muse. “I write songs about two feelings,” he explains. “The only ones worth having: either making love or crying about losing it.” That passion for extremes seeps into every rise and fall of his booming vibrato. “I’d rather sleep on the sofa tonight, so I can slide back in and make it all alright,” the Atlanta native teases over a loose, lounge-y, bass-powered groove that evokes the seduction and sophistication of classic soul.

Following a recent viral cover of Journey’s “Don’t Stop Believing” Swims gained over 600K new followers on his social media, crossing 2.4 million on TikTok and 1 million on Instagram. In addition to the massive buzz, Swims’ cover also attracted the attention and support of high-profile celebrities such as Jennifer Garner and Timbaland – who both reposted the video on their respective accounts.

The vocal powerhouse has amassed nearly 500 million streams to date. He just wrapped up the Europe leg of his Tough Love World Tour yesterday, and will resume his touring later this year with stops in Hawaii, Australia, and New Zealand. More tour dates HERE. As he continues to build up his arsenal with songs like “2 Moods,” Swims is proving to be a hitmaker on the rise—and a performer you don’t want to miss. 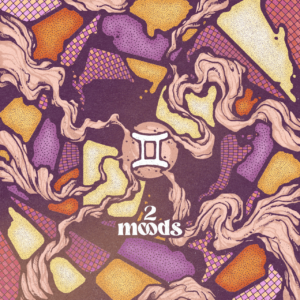 Teddy Swims is a lover. The 29-year-old artist, who merges honeyed soul with raucous rock energy and pleasing pop hooks, writes nearly all his songs about falling in or out of romantic entanglements. He zeroes in his focus on his latest EP, Tough Love—a six-song collection of heartbreak horror stories and earnest declarations of devotion. “To me, that’s just all there is,” he says. “You’re either making love or crying about it.” The Atlanta native, born Jaten Dimsdale, has been tugging at heartstrings since posting a series of covers from his bedroom studio, which generated hundreds of millions of views and scored him a deal with Warner Records. Teddy changed his focus to introspective originals on 2020’s Unlearning EP and garnered praise from American Songwriter, Billboard, Rolling Stone, among others.

Soon, performances on The Kelly Clarkson Show, Today, and The Late Show With Stephen Colbert cemented his status as a rising star. With nearly 500 million global streams to his credit, as well as a social following that exceeds 7.5 million, Teddy’s songs of devotion have clearly connected. And part of reaching that audience, for him, is getting to show his love in person. After joining Zac Brown Band for a run of shows in 2021, Teddy launched his headlining Tough Love World Tour in 2022—and there’s surely more gigs on the horizon too. And more importantly, more new friends to bare his soul to. “I’m so excited to meet people and shake hands and hug necks,” he says.