NEW SINGLE “WHO I AM”

Melbourne post-hardcore outfit, The Motion Below, return with self reflective single, “Who I Am“, the second release to drop from upcoming EP, ‘Breakthrough‘, out Friday July 8.

“Who I Am” explores the past through lessons learned, admitting where previous actions and mistakes, while painful to look back on, can also be the motivators that make a person who they are in the present, and become part of the journey. The video premiering via Hysteria Mag yesterday, where heavy vocalist Thomas Katgert uncovered some of the things that make him, him.

Clean vocalist and guitarist Ryan Matheson highlights, “Many of us seem to regret the behavior and actions we exhibit in our teens for a multitude of reasons. At the same time, it’s not uncommon to feel as if the whole world is against you when you are an angsty teen, and many of us seem to carry this feeling of resentment and defensiveness into our adult lives.”

Previous single “It’s All The Same” released at the end of April, premiering via Backseat Mafia, who said, “‘It’s All The Same’ is one hell of a tune to introduce a new chapter of the band with their forthcoming EP.” The release also saw the band sell out their first ever headline show at Bad Decisions Bar in Melbourne last month.

Hailing from all reaches of Melbourne in 2016, post-hardcore quartet The Motion Below came together over a shared passion for the alternative. In 2018, the band stepped into the studio with the aim of creating something unique and in turn brought their debut EP ‘Cronus Complex’ to the table, a significant step in the right direction for the boys with a refined take on the modern day post-hardcore style.

“Figureheads” came as the second cut from ‘Cronus Complex’, which climbed the ranks until the band held the cover image on Spotify’s Homegrown + Heavy for a couple of weeks. “Dead Ends” and “Truth Hurts” followed in 2020, quickly becoming two of the bands highest streamed singles with a combined 250,000 streams cross platform. The bands Spotify streams now sit comfortably at close to half a million overall plays, and their current collection of work has earned them support slots for the likes of Void Of Vision, Diamond Construct, Mirrors, Buried In Verona, Belle Haven and more. 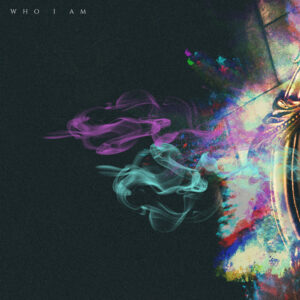 “Who I Am” and “It’s All The Same” are available now, streaming on all platforms.