Sydney’s Sarah Yagki returns for a brand new year of music with another hit of addictive indie pop music in ‘This Won’t Hurt’.

Emerging re-energised and ready to introduce a fresh facet of her songwriting and performance skill to audiences, ‘This Won’t Hurt’ is as much of a beginning of a new era for Yagki, as it will be a jump off single for newcomers.

The multi-instrumentalist has been building her body of work consistently since the release of her first two singles in 2019 – ‘Chasing Black’ and ‘HDYAI?’ – and with ‘This Won’t Hurt’, Yagki brings a strong sense of self-aware lyricism together with catchy musical arrangement.

The creative process for the single took place largely out at Obseen Recordings in Bowral, where Yagki produced the track alongside James Guido, who also mixed the final product. Where her sound in the past has been influenced by the likes of Halsey, Sia and Blackbear, Yagki takes those sonic foundations and pushes them further as her exploration of alternative pop sounds continued to thrive over the last two years.

‘This Won’t Hurt’ is the culmination of a period of time Yagki spent ruminating on relationships and the intricacies of our connections with other people, oftentimes intense. “This song is about falling back into habits with an old relationship, with the inability to let go of one another, despite knowing that it will hurt. It’s about relearning to see someone you used to love in a different light, and the push and pull when processing to let go of someone you can barely see yourself without.” Sarah Yagki 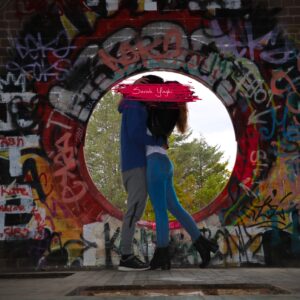 “Although it may be early days for this artist, there is no doubt that her talented, raw lyricism and experimental beats are a force to be reckoned with.”
Vocal Media