RELEASE THE SONG ‘GODS OF PUSSY’

On the heels of the recently announced new album and headline tour, California’s greatest export and relationship experts Steel Panther are releasing another song from their highly-anticipated upcoming album, Heavy Metal Rules. The song “Gods Of Pussy” is now available on all digital streaming services and is available as an instant download via all digital retailers.

Lyrically, “Gods Of Pussy” is a life manifesto as only vocalist Michael Starr, guitarist Satchel, bassist Lexxi Foxx and drummer Stix Zadinia can unleash upon the world. Fans can go to: https://lnk.to/HeavyMetalRules to check out the song.

The new album Heavy Metal Rules is scheduled for release on September 27th. The hard-partying foursome have created the heavy metal version of a self-help manual and ultimate party album combined. The new album is available for pre-order in various bundle configuration here: https://lnk.to/HeavyMetalRules.

For the uninitiated, Steel Panther was formed in 2000 and is comprised of Michael Starr (lead singer), Satchel (guitarist), Lexxi Foxx (bass) and Stix Zadinia (drums). Hailing from Los Angeles, the epicenter for rock n’ roll in all its debauchery and glamour, Steel Panther has established themselves as the world’s premier party band, melding hard rock virtuosity with parody and criminally good looks.

Steel Panther’s fifth studio album will be unleashed into the world on Friday September 27 and can be pre-ordered at https://lnk.to/HeavyMetalRules. Singles “All I Wanna do is Fuck (Myself Tonight)”, “Always Gonna Be a Ho” and “Gods Of Pussy” are out now! 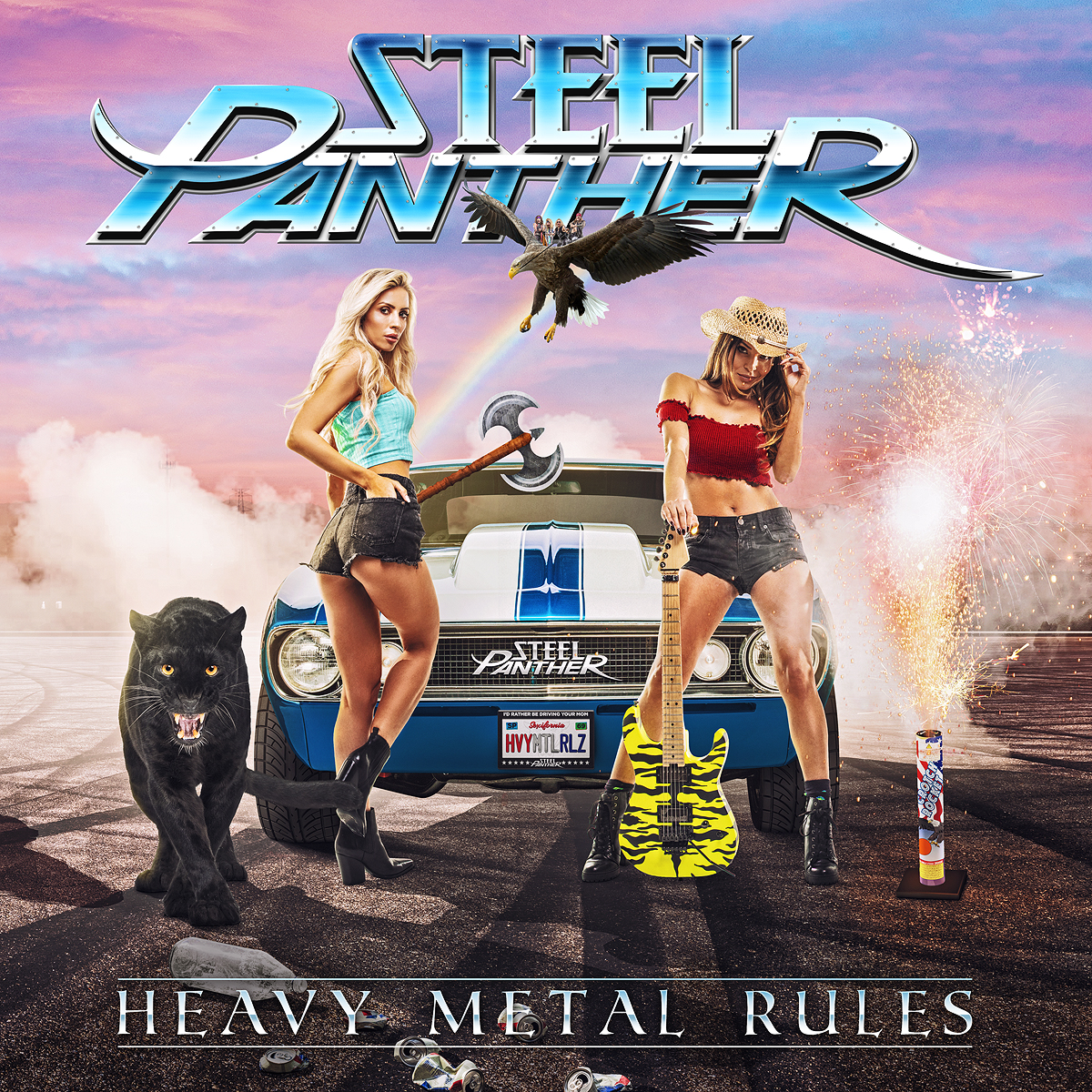