To celebrate their hit-laden career, legendary Aussie rockers Spiderbait have today announced a one-off show at Forum Melbourne on November 9, with tickets going on sale at 9am Thursday July 11.  And another exciting announcement for long-time fans – the show will be paired with a brand new, limited edition 7” vinyl box set of singles, SPIDERBAIT – SINGLES and will be available exclusively at the show.

The story of Spiderbait is an unlikely but heartwarming one – three friends from a small Australian country town taking on the music scene, and emerging triumphantly 25 years later, friendship intact, and now one of the biggest and best rock bands on the national landscape. Taking inspiration from far-reaching influences from all sides of the musical spectrum (everything from Slayer to The Bangles), Spiderbait took their fervent thrash-pop from their tiny hometown of Finley in NSW down to Melbourne and immersed themselves in the rich, fertile creative scene.  From there they quickly consolidated their status as national treasures, with their popularity spanning three decades with no signs of abating.  Spiderbait have released seven acclaimed albums, which have all racked up gold, platinum or double platinum status and have combined Australian sales of over one million units.  As if that wasn’t enough, they have also racked up pretty much every accolade there is to achieve on the Australian scene, having taken home numerous ARIA Awards, chalked up a number one single (their 2004 cover of Leadbelly’s Black Betty) and even topped the prestigious triple j Hottest 100 (for Buy Me A Pony, 1996).

The upcoming show at Forum Melbourne is sure to please old and new fans alike, as drummer and vocalist Kram enthuses, “For the first time we’ll be performing every one of singles in order of release, from Circle K way back in 1990 to now. It’s been great to look back at all these singles, from number 1s like Black Betty and Buy Me a Pony, to my personal faves like Calypso, Stevie and It’s Beautiful….
They are like a diary of our lives bringing back memories from the whole time we’ve been playing together.  The same three country kids who formed a band for fun and ended up having this fucked up, brilliant, unexpected adventure! So to all our fans, come celebrate with us at the Forum in November, it will be a special night.”

Thrilled to be dropping the SPIDERBAIT – SINGLES 7” vinyl box set in conjunction with the show, complete with original mixes & artwork, Kram explains why they chose to add an unexpected song into the mix, saying,“We included Old Man Sam from 1991 – which wasn’t actually a single back then but might as well have been, as weirdly and wonderfully it became our first big hit song!  I’ll never forget the first time we played the song at Big Day Out in Sydney.  This was a big moment for us as we went on stage a bit nervous, it was a massive crowd of thousands at the Sydney Show Grounds and when we did Old Man Sam, the whole crowd sang it and went nuts.  That day we came off stage a very different band than the one that went on 45 minutes before.  It’s amazing and dare I say fucking awesome how one song can do that.”

Spiderbait are a very special Australian band with an abundance of fans across multiple generations and this exclusive show at the Forum Melbourne will be a victory lap for the group, and they’re excited to be taking all their fans along for the ride.

Tickets to Forum Melbourne will go on sale at 9am on Thursday July 11 from https://www.ticketmaster.com.au/event/130056D9ABB97BB0

Spiderbait is Janet English on bass, Kram on drums and lead vocals, and Damian Whitty on guitar. 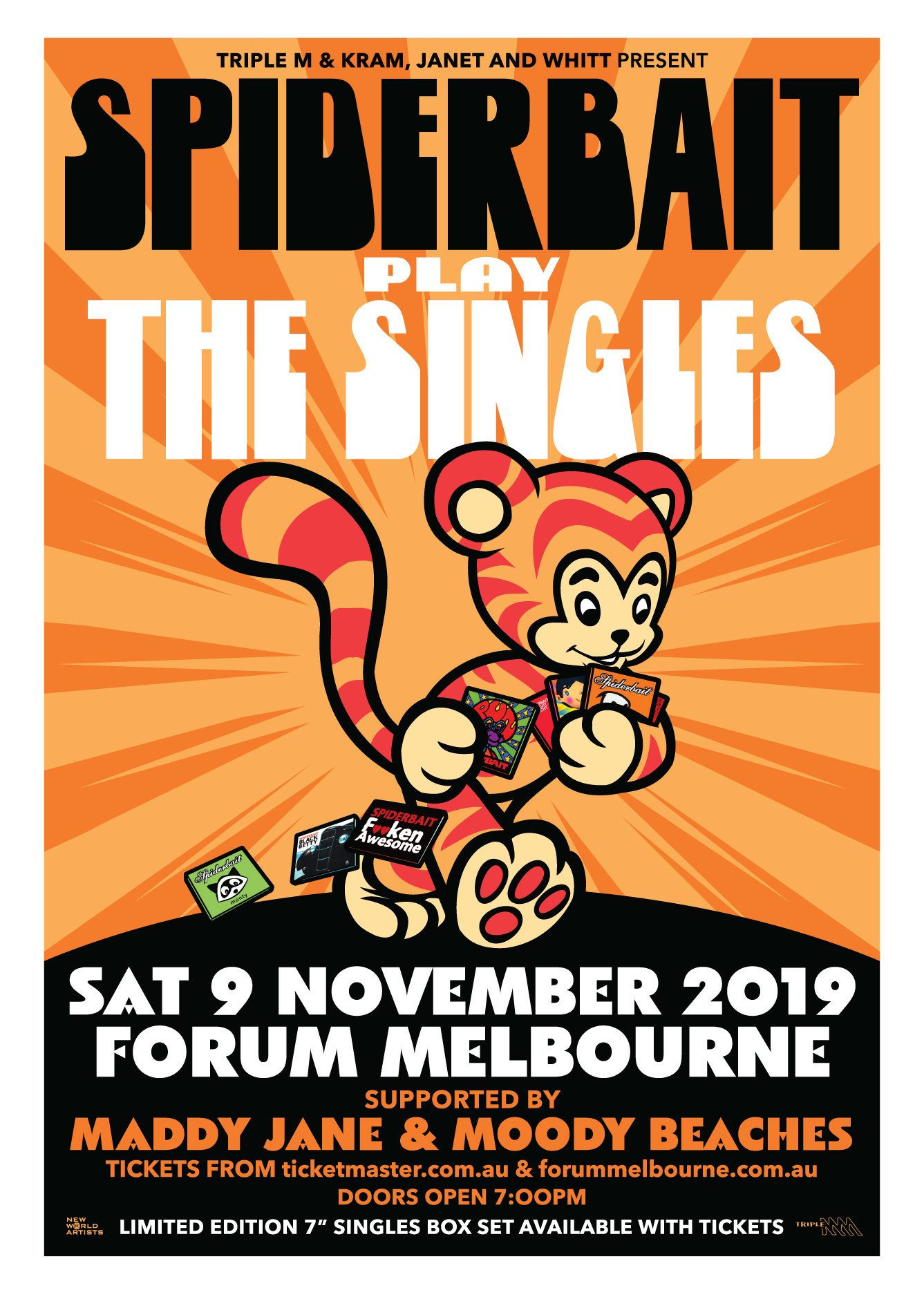 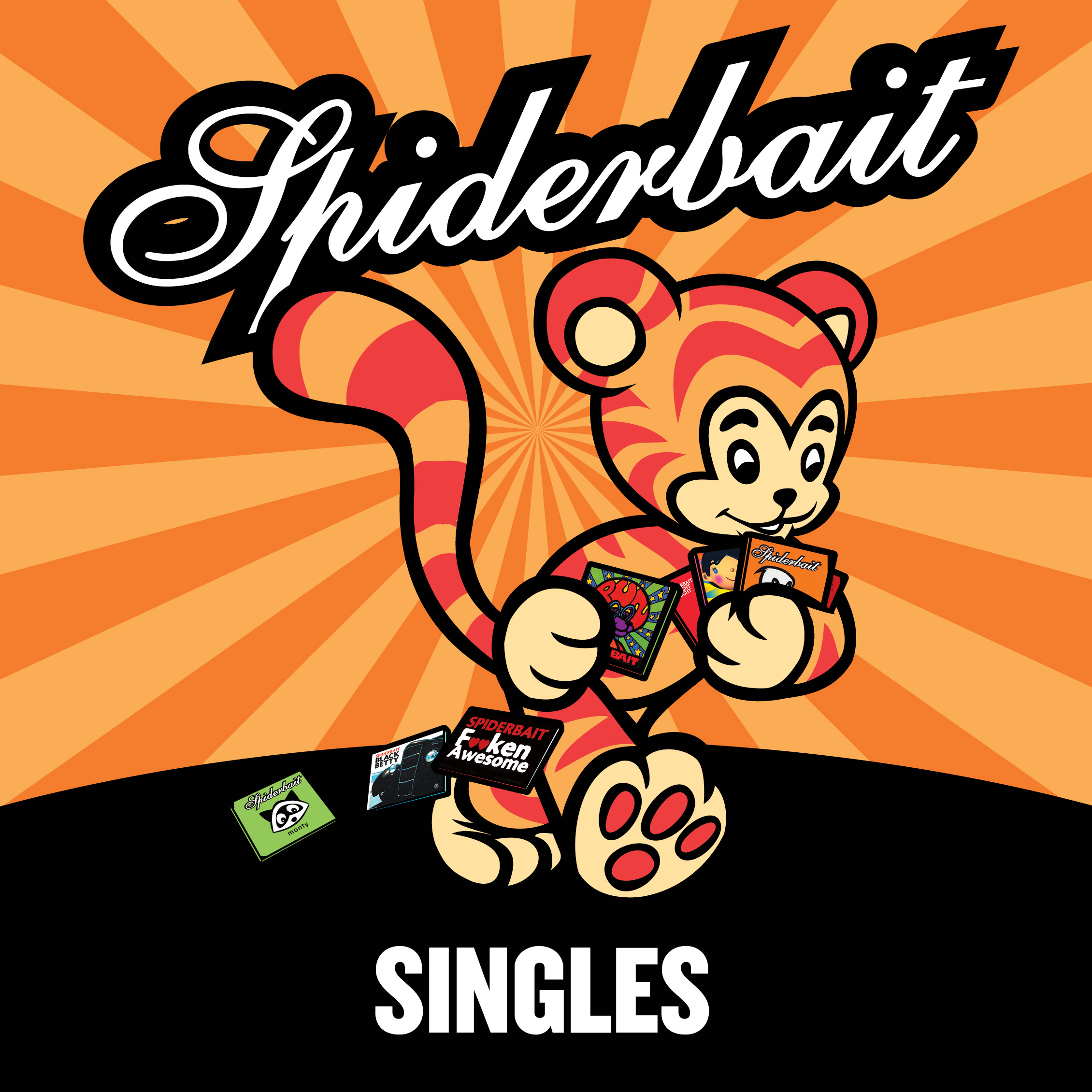