For the Boston born rapper, re-locating to Australia was a decision made to find himself both emotionally and musically. Inspired by his uncles, key members of Boston’s small hip hop scene, Raj Mahal began rapping as a teenager, when pursuing a career in football was his primary focus. Before long, with his family’s influence and an unsuspecting introduction to a producer several oceans away, Mahal put football on the bench and took the plunge. No longer holding back with his drone laced blows, Mahal hopes to craft a lane for hip hop’s formidable storytelling origins to return to the local spotlight.

Produced by Domba, his longtime collaborator and close friend, ‘Glimpse’ is designed to hit the most primal receptors of your brain and body. Melding the experimental electronic stylings of Danny Brown and A$AP Ferg with the hardened, menacing lyrical prowess of Jay Electronica and Chief Keef, the chilly, minimalist production of ‘Glimpse’ pairs a glitching melody with the blown-out bass of a Kenny Beats track and Raj’s deep, guttural rumble of a voice.

Raj Mahal says “Glimpse is raw and nasty, filled with authentic Carribean flavor that influenced my entire childhood, being that my parents are from Haiti and Jamaica. If you grew up as a West Indian in Boston or New York, you’ll know what I’m talking about. If this is what “commercial” Raj Mahal is capable of, then it’s not looking good for these other rappers.”

‘Glimpse’ is a fittingly stark insight into the mental state that birthed the jagged and abrasive RAW DAWG EP, which is set to be the artist’s first major release since 2017’s full-length project, Neva Safe, following on from a string of standalone singles that has seen his stock skyrocket in his adopted country’s hip hop scene. In between then and now, Mahal has collaborated with the likes of Triple One, Nerve, Dro Carey, Yibby and more, has performed as one quarter of Savour the Rations, his group with Gibrillah and Domba, and has opened for Wiley, YG and Smokepurpp on their Australian tours. With the release of RAW DAWG, Raj Mahal promises zero restraint, and has no hesitation making sure you won’t forget it. 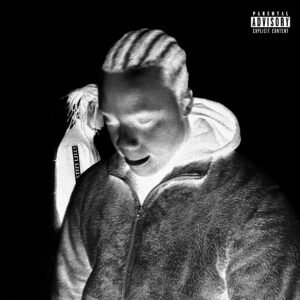 ‘Glimpse ft. Dante.Knows’ by Raj Mahal is out now,
buy/stream it here.