FOR ACOUSTIC VERSION OF

‘HAPPY ALL THE TIME’

SET IT OFF have just dropped the powerful, gorgeous, and head-turning video for the acoustic version of Happy All the Time. It features the Compton Kidz Club choir, an all-female group, as well as Issues’ bassist Skyler Acord, adding further emotion, depth, and weight to the song.

“Happy All the Time has worked its way to bring my absolute favorite song off of Midnight,” says singer Cody Carson. “I am so damn proud of this song and the people involved with it. The message is important to me because we all feel so much pressure to be 100 percent all of the time and it’s SO important to remember that it’s okay to be sad. It also doesn’t hurt that my mom told me that even she puts this song on when she feels down.”

As for the reimagined version, Carson says, “With this acoustic version, we seriously stripped it down so you can really appreciate the incredible talents of Skyler Acord on bass and The Compton Kidz Club choir, led by Fred Martin. It absolutely sends this song over the edge. It’s overflowing with emotion. Enjoy!”

The song appears on Midnight (The Final Chapter), which is the deluxe version of 2019’s Midnight and serves as an artistic victory lap for the band, the album, and the era. 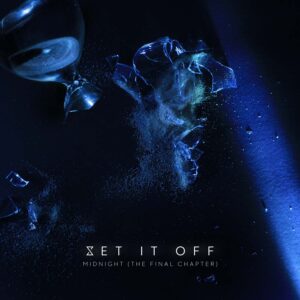 Upon release, Midnight demonstrated a wide breadth of musicianship, as the band incorporated live strings, live horns, and a live gospel choir into the album. Fan favourites included Killer in the Mirror, Midnight Thoughts, Dancing With the Devil, and Hourglass. New Noise called the album an “encompassing musical experience.” The band followed with After Midnight, an EP of B-sides. Now, the band has shared the final chapter for this body of work and period in their history with the release of the appropriately titled Midnight (The Final Chapter). It’s out now and available here. It is comprised of Midnight, the After Midnight EP, and three additional acoustic tracks.