Today, Seeker Lover Keeper – beloved Australian indie folk supergroup comprising ofSarah Blasko, Sally Seltmann and Holly Throsby – return with the release of their stunning new single ‘Let It Out’. A powerful ode to self-acceptance, ‘Let It Out’ reminds us to be who we are, accept where we’ve come from and learn from the experiences life has thrown us.
“The song became about the fact that, while it might feel scary, there are safe spaces in this world in which a person can express their true self and feelings. It was initially written from quite a personal perspective, but the theme became much more universal as the song reached completion.”
Accompanying the track is a captivating video directed by award-winning director Natalie Van Den Dungen, who has previously worked with Bernard Fanning, Sarah Blasko, Justine Clarke and was behind the iconic videos from their debut album which starred Barry Otto, Aden Young and John Waters. The ‘Let It Out’ video features a mesmerising performance from one of Australia’s best known and most loved personalities Magda Szubanski.
“When it came to making the video, we felt that Magda would be the perfect person to deliver this, and she certainly was. It is such a powerful and moving performance”.

VIDEO: ‘Let It Out’ by Seeker Lover Keeper

To celebrate the release of ‘Let It Out’, Seeker Lover Keeper will perform two intimate shows this July. Playing at Sydney’s Lansdowne Hotel on Friday 12 July and Northcote Social Club on Saturday 13 July, with tickets on sale from today Friday 24 May at 9am. With limited tickets available, fans are urged to buy tickets now to avoid missing out on these extraordinary shows.

‘Let It Out’ was self produced by the band and mixed by Collin Dupuis (Lana Del Rey, Angel Olsen, St. Vincent). The single marks the first new music from Seeker Lover Keeper in 8 years since the release of their self-titled debut album. Released in 2011 and debuting at #3 on the ARIA chart, the record went Gold and scored two songs in triple j’s Hottest 100 for that year. Their song ‘Even Though I’m a Woman’, became somewhat emblematic of the band and the album.

After their debut Seeker Lover Keeper returned, for several years, to their solo careers and lives: Sarah released three records, composed for film, television, and had a son; Holly wrote two novels, released an album, and had a daughter; and Sally relocated with her family to LA for a time, co-wrote songs with several artists, released an album, wrote a novel and composed for television. 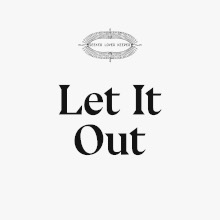 ‘Let It Out’
Seeker Lover Keeper

Out not through Liberation Records