‘Til The River Takes Us Home‘

Recorded live with some help from longtime TTB collaborator Naomune Anzai, Teskey took a back-to-basics approach when producing this tender folk song – setting up a microphone in the great outdoors, and along with friends Joe Fairburn and Neil Wilkinson on BVs, the track is complete with a surprise guest appearance from a flock of local birds.

“There was this magical moment where the birds came in right on the second verse. A big flock flew over. That created a whole new environment for that track,” Teskey says.

WATCH: ‘Til The River Takes Us Home’ by Sam Teskey

The track, accompanied by the lyric video, follows his first single ‘Love’, with both songs featuring on his debut solo album Cycles, out on Friday 8 October.

From folk to heavy psych-rock freak outs and from which TTRTUH appears as an almost oasis in the centre.

Inspired by the great English psychedelic bands of the late 60s and 70s, like Pink Floyd and specifically their album Meddle, Sam has made a record to be enjoyed as a whole, from start to finish.

“A big point of this album is for people to create their own journey and their own story with it,” Teskey says. “There’s lots of things that I can explore and think about and say about the record, but I really want to leave the experience up to the listener. To see what comes to them. It’s feels really nice to put the creativity back in the listeners’ hands.”

Teskey’s own creative journey with the album began in early 2020. Housebound, with touring at a stand-still, he turned his attention to the vast back catalogue of music he’d amassed over the years.

Teskey spent a painstaking amount of time digging through his old demos, sitting with them and thinking deeply about which songs would best capture what he wanted to say. Starting where most artists finish, he settled on the track-listing before recording a note, thoughtfully building the demos into one body of work, with each track seamlessly melting into the next.

The album is available to pre-order on digital, CD & heavyweight vinyl, and fans have the opportunity to experience it live during Sam Teskey’s debut solo tour, kicking off in October. Teskey is also pleased to announce he will be joined by good friend and collaborator Harmony Byrne as the special guest for all shows. 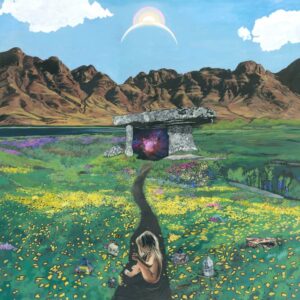 Sam Teskey – Cycles tracklisting:
1. Love
2. Don’t Fear
3. Let The Sun Bring The Light
4. Til The River Takes Us Home
5. If The Dove Is Sold
6. Our World Goes Cold
7. Then Love Returns