Sneaky Sound System got the party off to a fine start with an exhilarating set, playing a great array of tracks from their catalogue and ending their hi energy set with their popular track ‘UFO’.

Rudimental stormed on stage just after 9pm blasting off with a shorter version of ‘New Day’ from ‘We The Generation’ kick starting the reggae party in fine style, followed by ‘Right Here’ and  ‘Not Giving In’ a standout track from 2013’s superb debut ‘Home’. 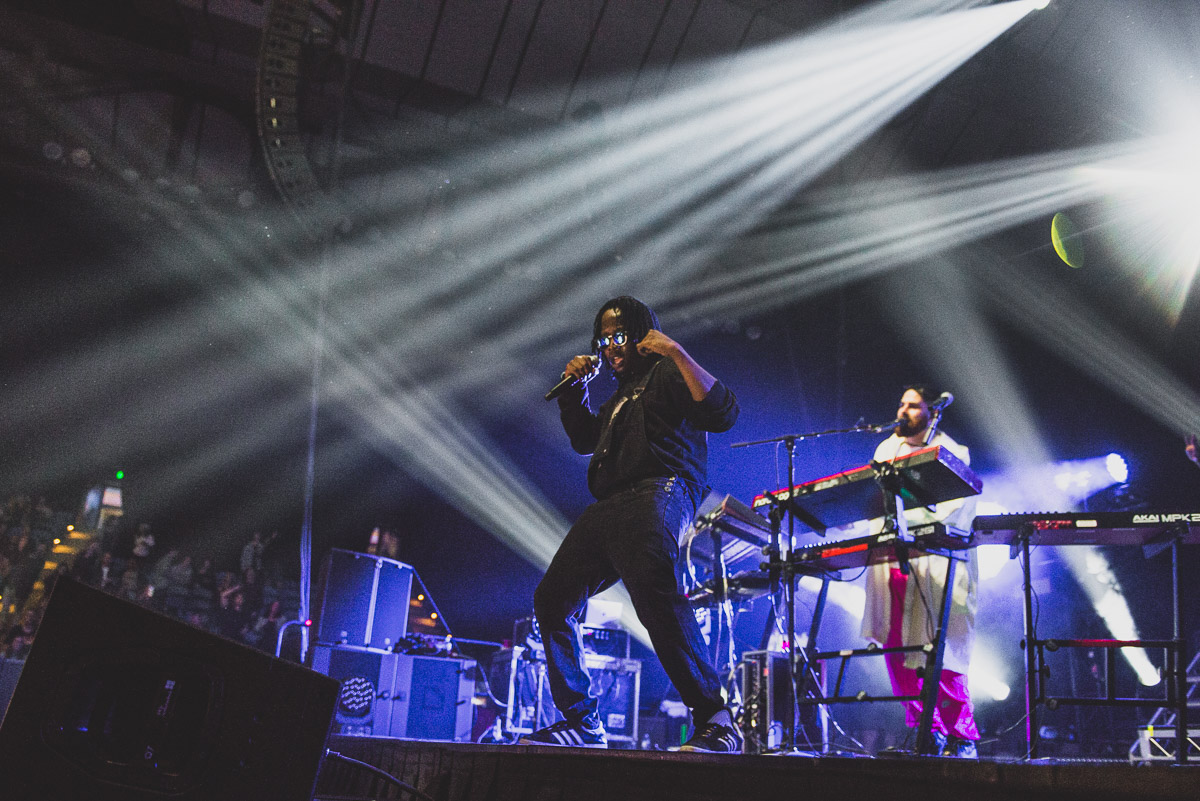 With tour vocalist, Afronaught Zu taking centre stage, as he does for the majority of the set, bumping up the energy levels a notch with his non-stop dance moves complementing the fun mood of the night. It was so impressive how his outrageous dance moves never affected his vocals and he didn’t miss a beat while jumping around!! The entire crowd dancing along with him throughout the entire show!

There was such a happy fun party atmosphere as the entire band, including the four touring members, bringing the amount of artists on stage to a total of eight, all looking like they were having the time of their lives and wanting everyone in the audience to feel the same. They were not disappointed as the crowd danced the night away arms waving in the air, losing themselves in the moment, smiles etched on every face! 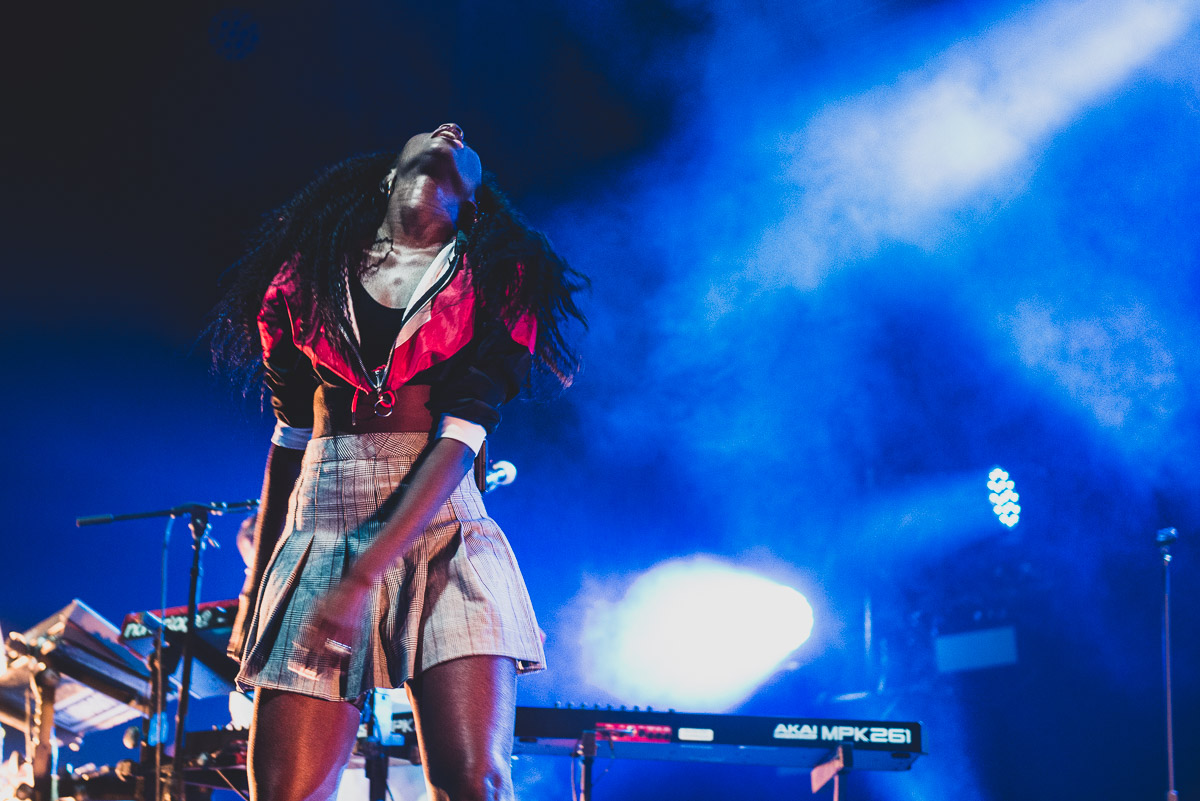 Up next was ‘I Will For Love,’ taken from ‘We Are The Generation’ which was so powerful and really reached into your heart and soul, ‘Toast To Our Differences’ was a funky rendition by the hugely talented backing vocalist, Bridgette Amofah, and the trumpet drum pumping ‘Let Me Live’ raised the concert to another level.

The lighting show was also impressive, especially with the Ed Sheeran cover ‘Bloodstream’. The flashing lights were a mix of red and white, creating a bloody, insane atmosphere! There were many highlights –  the cover of Rag’n’Bone ‘Human’ a standout, a great slowed down version before turning into a dirty masterpiece. Anofah’s heartbreaking version of Emeli Sande’s ‘Free’ was another highlight. Beautiful! 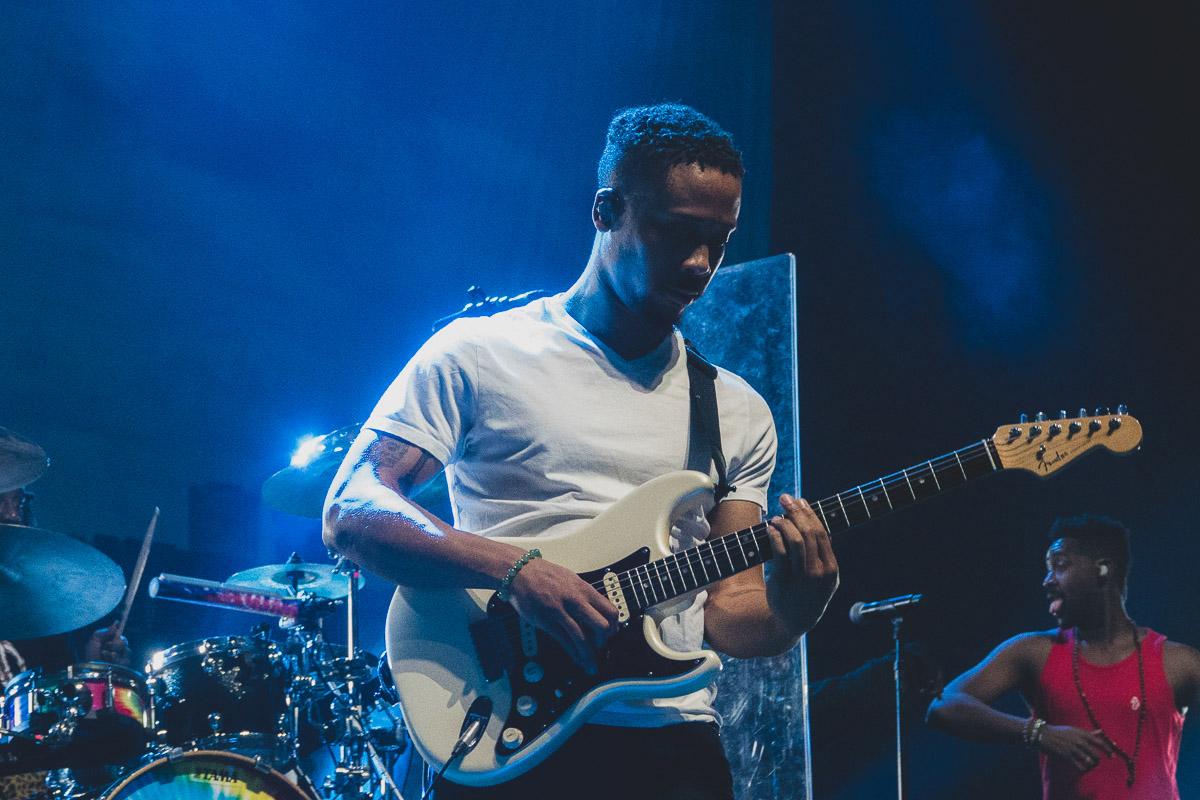 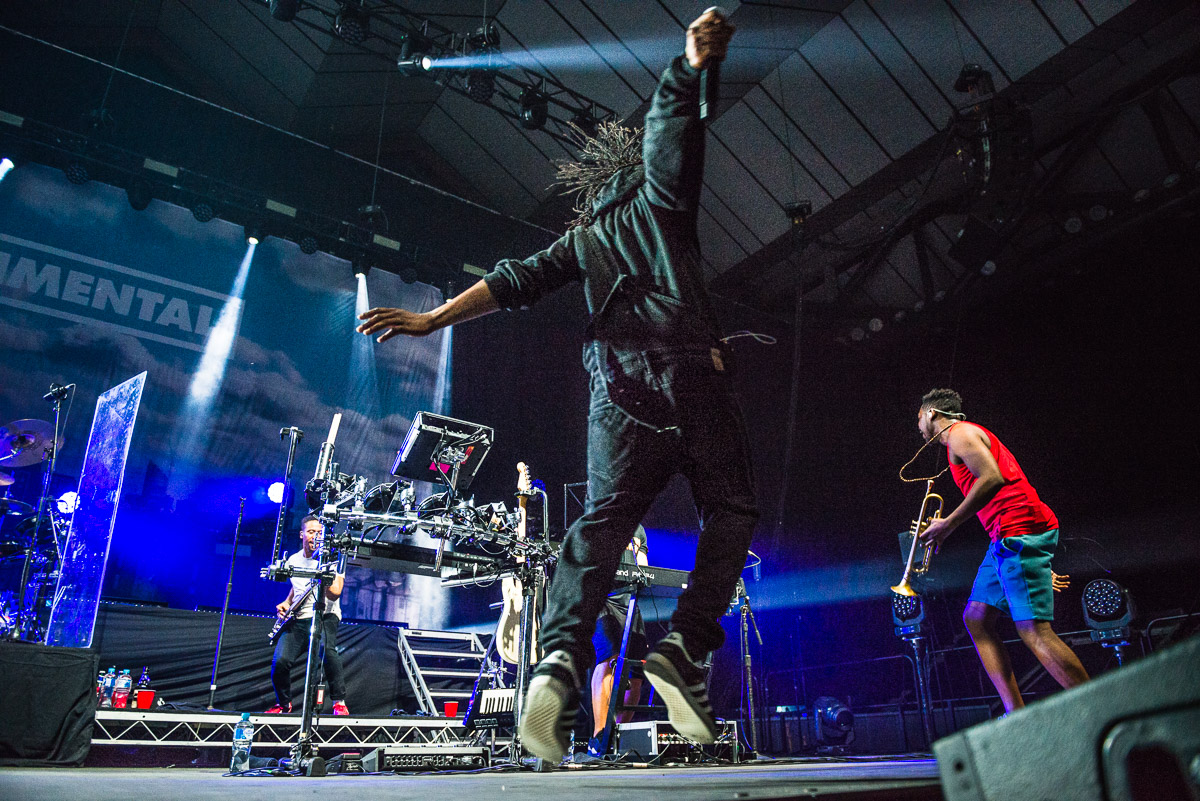 Melbourne being the last gig on the Australian leg of their hugely successful worldwide tour, Toast To Our Differences, only added to the party atmosphere. Keyboardist and multi-instrumentalist, Piers Agget dressed in red track suit pants, white t-shirt with a huge red heart on the front and an oversized long hooded white fur coat, constantly encouraged the crowd to scream louder and dance more enthusiastically, dragging every last drop of energy from the adoring crowd as they happily rode along on the wild  Rudimental party bus.

Widely regarded as one of the best live acts in the world today, Rudimental do not disappoint. These guys know how to party and this was one huge love-in rave party! It was sometimes hard to distinguish between the 4 members and their touring group as they all danced around on stage together with everyone having a turn in the spotlight. There seems to be no egos here which is refreshing and rare, they all appeared to show genuine affection for each other which rubbed off onto the crowd! 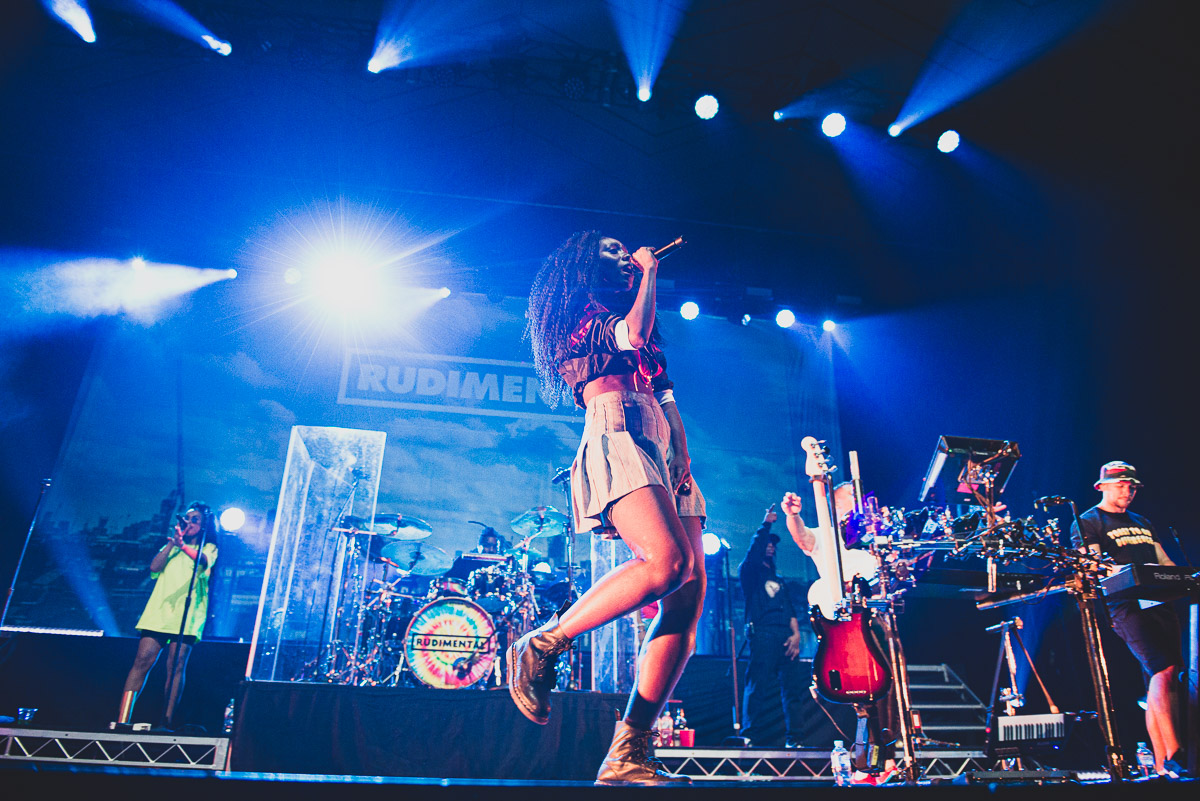 A key message of the ‘Toast to Our Differences’ album is bringing people together from all walks of life through music, and the message resonates throughout this exuberant performance.

Rudimental you were fantastic!! A must see live! Best reggae inspired rave you could ever be invited to!

This is one band you would want to crash your party!!

Toast to our Differences out now.