OF THEIR ROCK HIT

Rise Against have shared a new acoustic version of their soaring, impassioned rock hit Nowhere Generation, featuring vocals by Meg Myers, alongside a new video.

The song—a stripped back take of the punchy original is the title track of Rise Against’s latest album, which debuted #4 on the Australian ARIA Album Chart, at the top of multiple Billboard charts with its first week sales (#1 on Rock, #3 on Top Current Albums, #3 on Vinyl, and the Top 40 of the Top 200). “When we released the acoustic version of ‘Nowhere Generation,’ we found that it really connected with a lot of people,” says Tim McIlrath of Rise Against. “We heard from a lot of unique and beautiful voices, and we knew that we needed to add another beautiful, unique voice to this song. Meg was the perfect choice and we are thrilled with how it all turned out.”

“When Rise Against asked me to sing on Nowhere Generation, I felt an instant connection to the song. There is a power and a purity about this song that is so healing and unifying,” explains Myers. “It’s the voice of a younger generation who feels unheard. I feel it is so important right now for our consciousness evolution, and for society to take a look around and ask ourselves, ‘who are we, what are we doing here, where are we going and why?’”

Rise Against will head out on a month-long U.S. tour next week in support of Nowhere Generation, joined by Descendents and The Menzingers, and beginning with a string of sold out shows in Cleveland, New York, and Asbury Park. A current itinerary is below.

On their new album, released June 4 via Loma Vista Recordings, the multi-Gold and Platinum band draws a line in the sand with its blazing and aggressive punk rock and lyrics that shine a spotlight on the social and economical deck that has been stacked against our younger generations’ pursuit of The American Dream. Nowhere Generation has been earning the band great press from outlets including Revolver, Consequence, Brooklyn Vegan, Grammy.com, American Songwriter, The Line of Best Fit, Clash, Kerrang!, and All Music, while June 4th was declared “Rise Against Day In Chicago,” the band’s original hometown. Last week, Rise Against also announced the Nowhere Generation graphic novel, which sees the band teaming up with writer Shaun Simon (True Lives of the Fabulous Killjoys, Electric Century) and artists Sally Cantirino, Val Halvorson, Huseyin Ozkan, Soo Lee, and more to be announced, due out this October via Z2 Comics.

Meg Myers’ latest releases – 2020’s acclaimed Thank U 4 Taking Me 2 The Disco and I’d Like 2 Go Home Now EPs – represented the LA rocker’s first new music since the blockbuster success of her chart-topping cover of Kate Bush’s 1985 classic, Running Up That Hill. Originally performed in an NPR Tiny Desk Concert, the track made history earlier this year by ascending to #1 on Billboard’s “Alternative Songs” airplay chart 42 weeks after its official March 2019 release – the longest trip to the top in the chart’s three-decade history. What’s more, “Running Up That Hill” also reached #1 on Billboard’s “Rock Airplay” chart in its 29th week, tying for the third-longest climb to the peak position in that tally’s own 10-year history. “Running Up That Hill” is joined by an official animated video, created in partnership with the L.A.-based non-profit, Heart of Los Angeles (HOLA), and now has close to 7M individual views at Myers’ official YouTube channel. Myers is currently writing her next record. 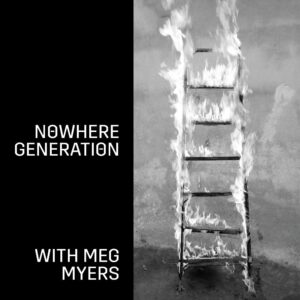