ME AND THE MACHINE’ &

RESOLVE have shared the video for the new song ‘Emerald Skies’ and announced their debut album »Between Me and The Machine« due for release on November 26th via Arising Empire.

“It truly feels incredible to finally unveil our new single ‘Emerald Skies’ along with the announcement of our debut album ‘Between Me and The Machine’. It’s been quite the journey to get to this point, but now we feel like we’re readier than ever to show the world the full scope of Resolve. And what better way to announce the album than with ‘Emerald Skies’?

We don’t get to say that too often but it is 100% the heaviest track we’ve ever written. Massive riff after massive riff, it’s as relentless as it’s haunting. The music video is also quite a step up for us, we wanted to experiment with a more cinematic video for a while and this track was the perfect moment to do it. We all pushed our DIY abilities to a whole new level for this one, and our director Aurélien Mariat has outdone himself once again.

To anyone who’s ever showed any sign of appreciation towards our band, we hope that you’re as excited as we are. We put our whole hearts and souls into this album and we cannot wait for you to hear it!” – Robin Mariat (bass).

Starting their journey back in 2016 after their previous projects parted ways and their intentions set on this being their forever band, vocalist Anthony Diliberto, bassist Robin Mariat and drummer Nathan Mariat have spent the last half a decade tinkering with the formula that feels the most suited to them. Making their first mark in 2017 with debut EP »Reverie« before following with standalone single ‘Carmela’ in 2018, it wasn’t until 2019 that they felt truly at home in their sound.

That was in the form of ‘Pendulum’, a collection of three songs that not only represented the beautifully bludgeoning and densely expansive sound that was resting in the back of their heads but that also found them appearing on Spotify’s New Core, New Metal Tracks and Kickass Metal playlists. 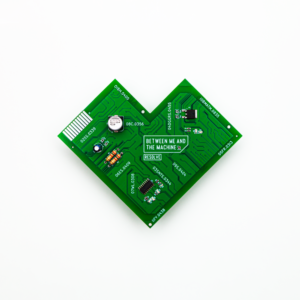 Pre-Order RESOLVE’s upcoming album »Between Me and The Machine« at http://Resolve.lnk.to/bmatm.