Introducing davey, the latest solo artistic venture from Vallis Alps’ David Ansari, who today shares his latest single, ‘NOT ME (feat. Sol)’. Away from the ethereal indie-pop of his work in Vallis Alps, ‘NOT ME’is a lean alt-hip hop track that recalls the avant-garde but primordially moveable electronic production of acts such as Injury Reserve and Death Grips. Listen and watch HERE.

Of the track, davey says that: “The beat for ‘NOT ME’ came at a weird time; I had just moved to New York, and it felt like I was being reintroduced to the ugliness of America’s social dynamics after a few years living outside of the states. All the music I was making was frenetic, unruly, dissonant; I was doing things like distorting entire mixes, stretching audio until it was grainy and unrecognizable, and generally experimenting with sound more than music – but ‘NOT ME’ felt like a controlled burn, and it needed someone like Sol to take it to the next level. Collaborating with Sol was effortless; we met for the first time over coffee and 45 minutes later he recorded his verses at my studio in 2 takes.”

Seattle-rapper Sol shares, “As a west coast kid who grew up on New York hip hop I have to admit it was a powerful feeling recording this record in Brooklyn. I could feel all of my 90’s east coast influences surging back up inside me while in the booth.”.

Speaking of its timeliness, Sol adds, “I first put pen to pad writing the first verse for this song back in the winter of 2018. However, so many of the lyrics only get more and more poignant with the current times we’re living in. Usually, timeless lyrics are something we seek as artists, but bars like ‘Too many young Black G’s screen printed on tees’ and ‘Don’t talk to police, they just kill in the streets’ are the type of lyrics I’d love to stop singing.”.

The single is the first to be lifted from the project’s debut EP, due for release later this year. A cross-pollination of deconstructed rap beats and industrial house music, ‘NOT ME’ begs for blown-out speakers, sweaty bodies, and grimey warehouses. Atop distorted beats, blaring sirens, and buzzing synths that seem to reach ever, impossibly higher in their intensity, commanding emcee Sol matches the track’s energy: minimal, but confident in its sense of economy, a bare-bones display of musical potency. 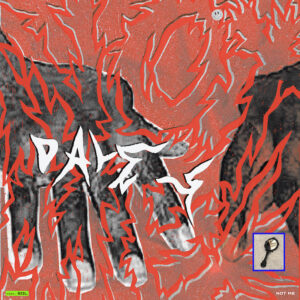