‘Mr. Prism’, full of chaotic builds and irresistible rhythms as it winds through its second half, is wild in its arrangement. The bulk of the songwriting took place at songwriter Jack McEwan’s home in WA, with drums being laid down at Perth’s Tone City Studios, before landing with Michael Jelinek and Brian Lucey. For McEwan, the song was born out of the feverish haze only illness and a crazy tour schedule can bring. “After our last tour of Europe I had a plethora of reasons to see a doctor. First, he thought I had tonsillitis, so prescribed me penicillin, which didn’t help at all. I did Falls Festival over New Year’s and barely got through – turns out I had pneumonia. I was pushing through on all sorts of meds until someone offered me the HMS Hunter.S alternative and I realised no matter how sick I’d ever be, I could never turn one down. Mr. Prism (my sickly fun-fuelled fiend of an alter-ego) was born.” 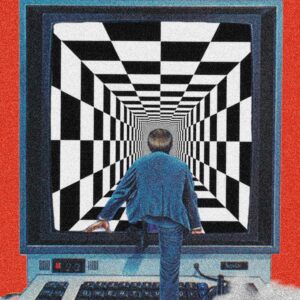 “With jubilant tie-dye riffs and squiggly guitar lines around every corner, A Now For The Whatchamacallit is every bit the celebratory psych-rock album it strives to be.”

“ANFtW is a continuation of the quality we’ve come to expect from them after a brilliant past 3 years of music. It adds some new playfulness to the psychedelic charm of the past albums and is a consistently fun experience to add to their discography.”

“PPC don’t so much as throw caution to the wind as they incinerate caution and launch the ashes from the chopper.” Triple J Unearthed, Dave Ruby Howe

“Their music is completely unique and the people who follow them, do so purely upon the respect of their artistic value and incredible showmanship.” 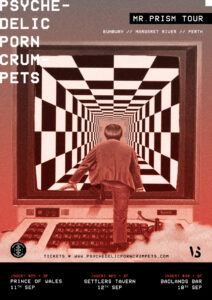