Following the release of singles ‘Mood’, ‘Transformer’ & ‘Ketchup’, as well as SOLD OUT performances across Perth, Romeo Walker has released their debut album ‘The Shape Up’ in collaboration with Tone City Recordings. A collection of eight tracks that twist, weave and meander their way across Romeo Walker’s (Benjamin Witt ex-The Chemist & POND, Empire of The Sun & Meg Mac collaborator) nuanced palette of experimental rock, led by his grooving & luscious guitar lines beneath the postulations of his mind. Highlighting flavors from afro-cuban inspired percussion, ethio-jazz & trappings of electronic music, Romeo Walker has created a “film noir” sonicscape that establishes a defining introduction to his creative universe.

Opening track ‘Kanguru’ performs as an immediate establishment of motifs, licks & inspirations found throughout the record. Singles ‘Transformer’, ‘Ketchup’ & ‘Mood’ follow to continue traversing listeners’ interests across the entire spectrum of Romeo Walker’s creative psyche. ‘Springtime of Mind’ is an unforeseen, yet breathtaking incorporation of avant-garde string compositions that adds another notch to Romeo Walker’s innovative pedigree. Low-fi & temperate, ‘Everlasting’ closes out the record with an unassuming warmth, allowing listeners to reflect on the odyssey Walker has carried them through.

“Without premeditation, there are loose themes around keeping a diamond in the mind through both timeless and modern confusion, walking on quicksand in a way that you don’t submerge, knowing what should be water off a duck’s back, knowing that sometimes the answer is to shut up and play your metaphorical guitar and knowing you’ve got to surf the wave you’re on. The record is ultimately about style, like how Bukowski spoke of style, “it’s a fresh way to approach a dull or dangerous thing.” Romeo Walker

“The record was composed and the demos were recorded whilst I was living alone in Dawesville, about 90km south of Perth. I didn’t really know anyone nearby, so I was free from distraction. My nights consisted of cooking, & recording. I then re-recorded the songs at Tone City with one of my best buds, Sam Ford (engineer/co-producer), over a two week party. We then caught up when we could to finish off the mixes etc, this epoch is known as “the slog”. It’s a record made without any purpose other than satisfying the impulse to create. We only had one disagreement over the entire process.” Romeo Walker

Romeo Walker sees acclaimed Australian musician Benjamin Witt return with a collection of new songs & a further development of his exploratory approach to music. Renowned for initial work in The Chemist & two solo LPs (touring with Methyl Ethel & The Drones), demand for his studio prowess led to Pond, Empire of The Sun & Meg Mac, all seeking collaboration. 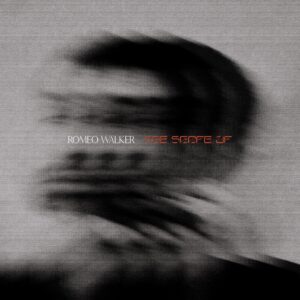 “Beautiful sounds that make you lean in, a unique style and impeccable musicianship, I don’t need to ask wherefor, it’s obvious”

“I can’t think of a song I’ve heard that’s like this. There are so many different elements to it, it takes you on a ride down a winding road and I’m absolutely here for it”

“There’s no point trying to figure this out, just roll with the ride and embrace the unpredictability.”

“Romeo Walker has a crack at bending both mind and genre with this one. It’s bold and surprising stuff.”

“Renowned for his exploratory approach to music and collaborations with POND, Empire of The Sun and Meg Mac, Benjamin is a truly talented creative mind.”

“Over the last decade, the Perth-based musician has become one of the city’s most acclaimed creatives- – a multi-genre, multi-role creative chameleon. Romeo Walker captures a genre-less and experimental edge to Benjamin Witt’s musicality, veering into this alt-indie-pop-electronica blend that’s really quite difficult to put a finger on.”

“Each element of the track comes together to create a soundscape that sounds both timeless and futuristic.”