We’ve already heard the sort of vibes Sydney songwriter Oly Sherman has been working with for 2020 on his January release, ‘Madness’, and now we’re getting more insights into this talented musician’s building stock of work. Releasing his new single ‘Homeboy’ this month, Sherman swathes polished songwriting in slick production and indie influences. Another strong step forward for Sherman, ‘Homeboy’ is one of his most intimate offerings yet.

The sounds of ‘Homeboy’ evoke the vibe of music by Australian artists ranging from Tash Sultana to Fergus James in terms of delivery and lyrical vulnerability. Warm and rich in tone, Sherman plays more with tone on ‘Homeboy’, veering into more indie-pop territory with this new release. 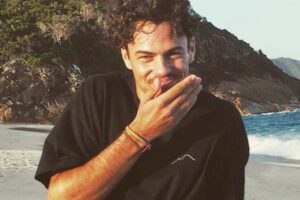 Employing the talents of Ally McMahon on bass and Dan Natoli at A-Sharp Studios on mixing and mastering, Sherman brought together a team that not only saw his vision but worked well in bringing the final product to life. “The actual making of Homeboy was a little bit vexing for me, as it induced the weird time I was going through. I feel really close to the lyrics and everything that I have written. As a finished product, I’m really proud of it, as it’s my most honest work to date.”
Oly Sherman

The last year has proven to be one of Sherman’s strongest yet. The release of his sophomore EP Three Oh Three further propelled the artist onto the national radar, performing over 80 showsaround the country including spots at the Newtown Festival, Sydney Beer Festival and in support of artists including Slum Sociable, Kim Churchill and New Zealand’s Louis Baker. January 2020 also saw Sherman take his music international, bringing his soulful sounds to Japan for the first time, playing 11 shows before returning to Australia to perform as part of fundraising efforts for Bushfire Relief. 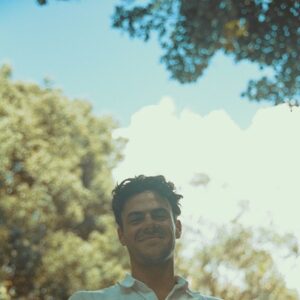 “It’s stirring, world class folk and that pay off at the end is so worth it.”
Triple J, Declan Byrne

“Oly Sherman captured my heart with the release of his single ‘Bones’ in May…now I’ve fallen even harder for the music of this Sydney-based singer-songwriter.”
Sounds of Oz

As with the rest of the music industry, the COVID-19 pandemic has forced Oly Sherman to postpone touring, however once restrictions are lifted Sherman looks forward to once again hitting the road on a 40+ date national tour.

‘Homeboy’ is released Friday, May 29th.