Of the release Kapulet shares: “This song is about being with the same ones that have been there since the start trying make funds and getting it done with your close friends no matter what circumstance just trying to make it happen. I’m always grinding and trying my best, no matter what it is I’m always giving 110%. I’m always trying to not get distracted with things that aren’t gonna help me in the future and my music.”

Kapulet has been patiently working behind the scenes in Mount Druitt creating, writing, and recording alongside family and friends for the last two years. Committed to his craft and hustle, Kapulet dedicates the release of ‘Same Ones‘ to his closest collaborators, producers Willsta and Solo. “Without these guys the song wouldn’t of come together at all and sound how it did so shoutout to the bros” he says. Stay tuned for more from Kapulet in 2021.

‘Same Ones‘ by Kapulet is out now, buy/stream it here. 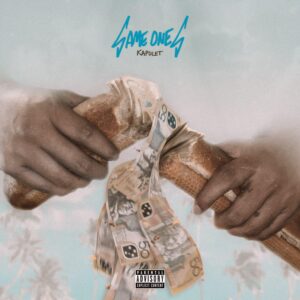