‘THE BEACH’ THIRD TRACK OFF HIS

Rising Los Angeles-based songwriter-producer Max Leone shares his latest single, ‘The Beach’, the third to be lifted from his forthcoming debut EP.

Only a few months in and Max Leone is already shaping up as one of 2020’s breakout new artists, with ‘The Beach’ arriving as his third single in as many months, following on from his debut release ‘First Grade’ and his most recent track ‘Cautious‘, which premiered on Good Nights with Bridget Hustwaitelocally and Billboard internationally, saw full rotation across triple j and drew acclaim from Pilerats, Purple Sneakers, Best Before, Tone Deaf and more.

Of the track, Max says: “The Beach is about that person you keep going back to, even though every time you give them another chance they let you down. It’s like a flame, the warmth draws you in, but if you try to touch it you’ll get burnt.”

Written and produced by Leone and Alexander 23, ‘The Beach’ is a floating, lovelorn track where everything is filtered through an imperfect perfection, a mixture of lo-fi and polished. Built around a twisting, effects-heavy guitar line, the song is full of subtle details hidden inside its fleeting runtime: the slightly grainy drums, mixed so that they sound distant to the listener, the glitches that interrupt and warp Max’s guitar, the blissful harmonies layering atop one another in the background. Like the subject Max is singing about, it’s difficult to ever fully hold onto ‘The Beach’, existing somewhere in those in between emotional spaces that he his becoming quickly skilled at constructing.

Born in Portland, Max originally picked up the guitar at age 7, developing a passion for music that soon branched out into experimenting with violin, drums and piano as well. Countless after-school hours spent practicing, composing, learning production through YouTube and pumping out remixes on Soundcloud led Max to the prestigious Berklee College of Music.

Written entirely in the wake of his eventual drop-out from Berklee and his cross-country move to Los Angeles, Max Leone‘s debut EP tells his story of attempting to navigate a new city and a seemingly new life, alone. Threaded through with the tenuous emotionality that comes with this kind of upheaval, it explores themes of self-doubt, isolation, social media, lostness and nostalgia.

Inspired by childhood influences such as Frank Ocean and Nina Simone, Leone’s music is defined by the combination of soulful, acoustic-led songwriting with the left-of-centre production choices of Lorde and fellow Darkroom-signee Billie Eilish, as well as the harnessing the DIY pop intelligence of bedroom starsOmar Apollo and Cautious Clay.

‘The Beach’ by Max Leone is out now via The Darkroom,
buy/stream it here. 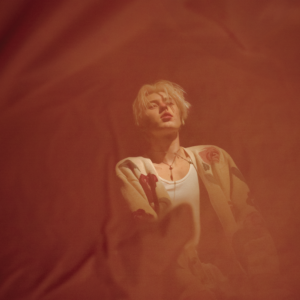