Happy Anniversary Stranger’ is the new release from one-to-watch Matilda Mann, taken from her forthcoming EP ‘Because I Wanted You To Know.

Following on from the release of her debut EP ‘If That Makes Sense’ which has amassed over 1.8 million streams and counting and previous singles ‘As It Is’ and ‘Robbed’, ‘Happy Anniversary, Stranger’ is the third offering from Matilda’s forthcoming EP confirmed for later this year. This track showcases Matilda’s playful side, an uplifting song about fancying someone from a distance and finally getting the courage to speak to them. 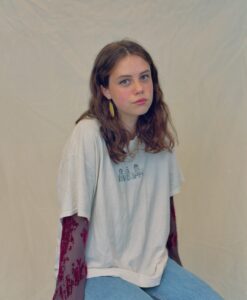 Speaking on the track Matilda said: “I used to get the bus to school every day and there would always be this guy who I’d see every morning. We never spoke but I always thought it be such a cute love story- to have a crush on someone from a distance and eventually getting the courage to say hello. The 266 to Hammersmith was the bus I got to school every day, so I’ve always wanted to work it into a song.” 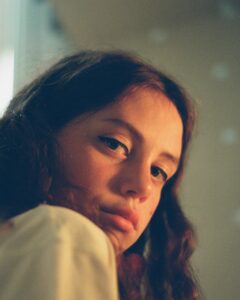 Growing up as an only child in west London, 20-year-old Matilda found herself soaking up her parent’s musical taste, which led to her to writing her first song aged 11. She has been writing ever since, her debut EP ‘If That Makes Sense’ inspired by notes taken from conversations with friends, or those overheard during tube rides and whilst working in a pub. Her forthcoming EP sees her working with the likes of Rich Cooper (Billie Martin, Lucy Rose, Mystery Jets), Rob Milton (Easy Life, Holly Humberstone) and Matt Maltese.

Championed by the likes of BBC Introducing, COLORS and Mahogony, Matilda sold out her debut London headline show at Servant’s Jazz Quarters earlier this year as well as previously playing tour support for the likes of Arlo Parks, Beabadoobee and The Staves, whilst Glastonbury Festival revealed Matilda as third place their coveted Emerging Talent Competition for 2020. With a headline show confirmed for London’s Courtyard Theatre on 2nd December, if it’s a captivating vocal and interesting storytelling you’re after, there should be only one name on your lips. 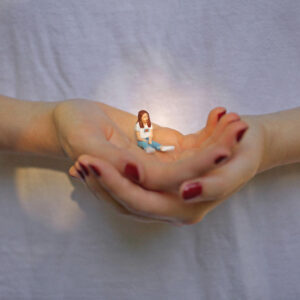