Written and self-produced over a three-year period – in living rooms, studios, a garage in inner-city Sydney, and finally a cabin in the Californian mountains – Shadowboxer is an album about making mistakes in private together, and then coming out the other side with something beautiful and whole.  Featuring the songs ‘Astronaut (Something About Your Love)’, ‘Falling’, ‘We Could Leave’, ‘Technicolour’, ‘Violet City’ and current single‘Shadows’, it’s an album reflective of everything the band were going through personally and creatively at the time, from mental health struggles to sickness, relationship breakdowns to the ordinary coming-of-age struggles of youth.

“Shadowboxer is about acknowledging that we are often our own opponent, and learning to accept our inner shadows – the ones we try so hard to ignore. It bookends our first years of discovering who we are and what we wanted Mansionair to be, as we pushed through insecurities, uncertainties and moments of relief.” – Mansionair

The band’s journey to Shadowboxer started back in 2014 and quickly yielded a viral hit single in ‘Hold Me Down’. From there, things progressed quickly, and it wasn’t long before the music started flowing. Single releases such as ‘Speak Easy’, ‘Pick Me Up’ and ‘Easier’turned into ARIA and Billboard Charts, major support tours including alt-J, Florence & The Machine and London Grammar, a Grammy-nominated collaboration with Odezsa on ‘Line of Sight’ and most recently, their first ever Gold-certified single in ‘Astronaut (Something About Your Love)’. It’s the culmination of years of toil, multiple single releases (“seven singles, seven hits” – triple j) and over 130 million global streams.

Currently in the US about to begin a 20+ date headline tour, before taking to the stage at Coachella, Mansionair will return to Australia in May for the Shadowboxer Tour. A testament to their accomplished live show, the band’s Melbourne gig at The Corner Hotel has sold out, with a second added and selling quickly for Thursday May 30.

Shadowboxer is available on DSPs, CD and as a limited edition double LP set today. Immerse yourself in its wonderful world. 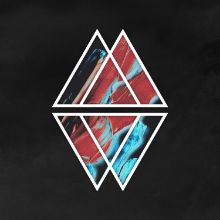