Brisbane indie rock quartet Last Dinosaurs rocked a full house at the Howler, on the 6th April 2019. Opening acts RAThammock and Merpire had set the mood earlier with polished performances, before the main act nonchalantly walked on stage right on 10.30pm to a huge roar.

Launching straight into ‘Weekend‘ from their impressive 2012 debut album ‘In A Million Years’ – great way to kick off the set, with the crowd immediately jumping, arms in the air singing along to every word. Next up was ‘Dominos‘, the raw, edgy and ridiculously catchy stand out track from their latest album, the self-produced ‘Yumeno Garden’, which kept the momentum going. ‘Andy‘ another track from ‘In A Million Years‘ creeped in, getting everyone in a boppy happy mood. Their dreamy, reflective and strong happy underlining sound that run through all their songs makes it impossible to not feel good as it washes over you. 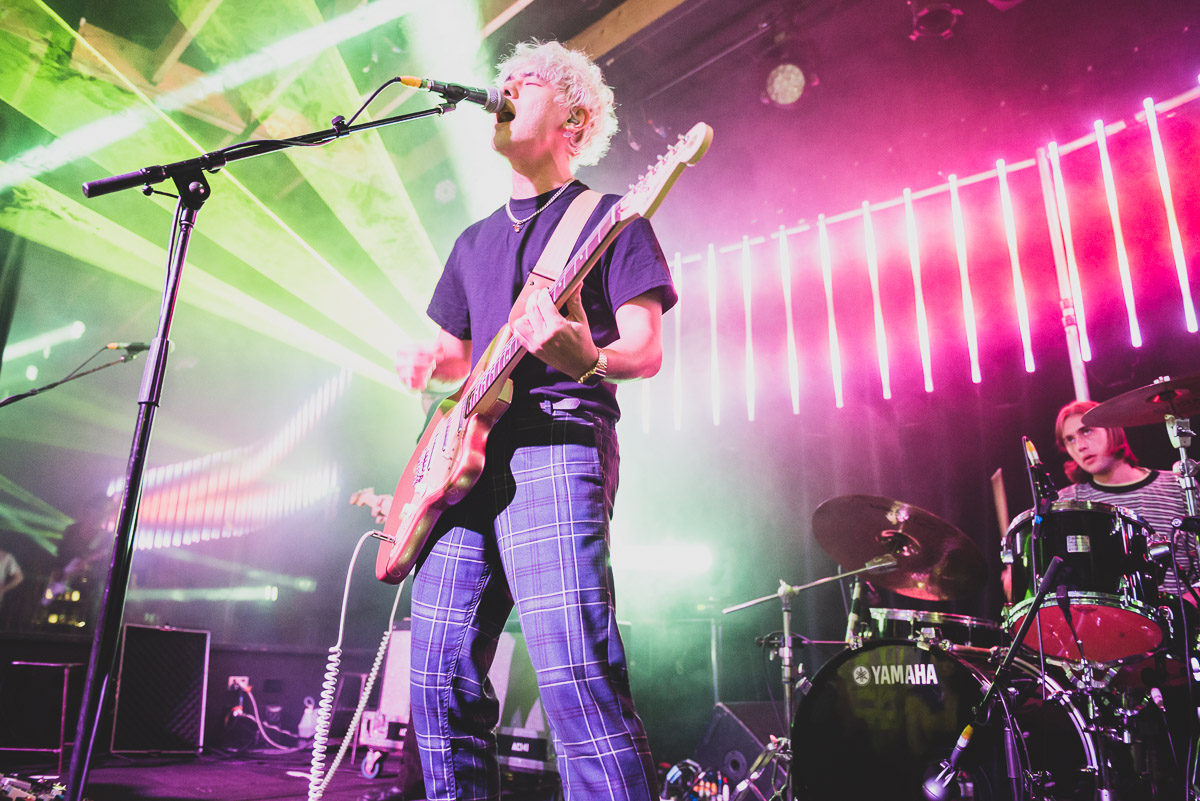 The flawless ‘Sense‘ and ‘Bass God’ followed, both taken from their latest album and going down well with the crowd as they jumped in unison.

Lead singer and chief songwriter Sean Caskey rocked a wicked pitch-white hairdo looking every bit the effortless rock star. With guitar in hand, he looked like he was having the time of his life. Sounding immaculate, the band were as tight as you’d expect from a band that has constantly toured the world over the last 10 years. 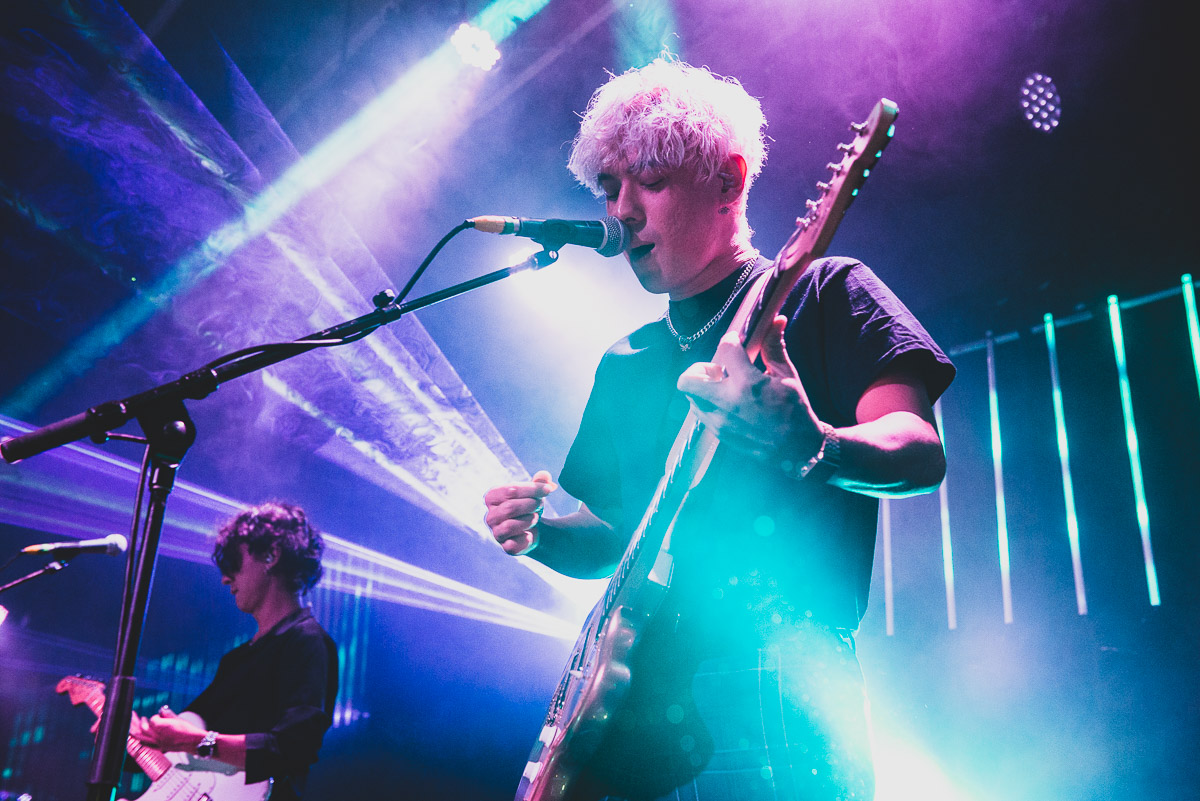 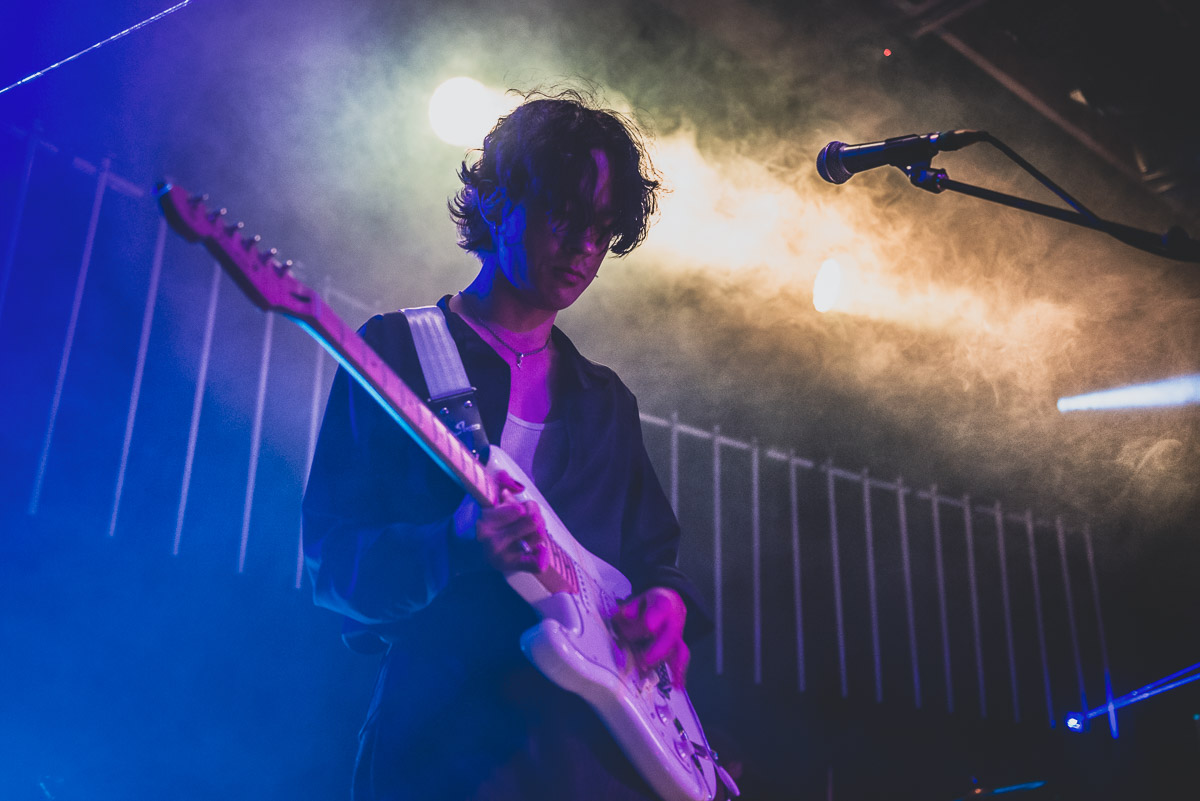 Sounding like a cross between Two-Door Cinema Club, Phoenix with The Foals thrown into the mix. Last Dinosaurs were formed in Brisbane by Sean Caskey and drummer Dan Koyamo while still at school, with Caskey’s younger brother Lachlan on lead guitar and former member, Sam Gethin -Jones on bass, who was replaced by long-time band associate Michael Sloene when Gethin-Jones departed in 2013.

The Caskey brothers and drummer Koyamo are of Japanese decent and developed the distinctive sound of ‘Last Dinosaurs’ with their collective love of indie rock. They have a huge worldwide fan base due to their nonstop touring and frequent visits Japan to satisfy their massive fan base in that region. 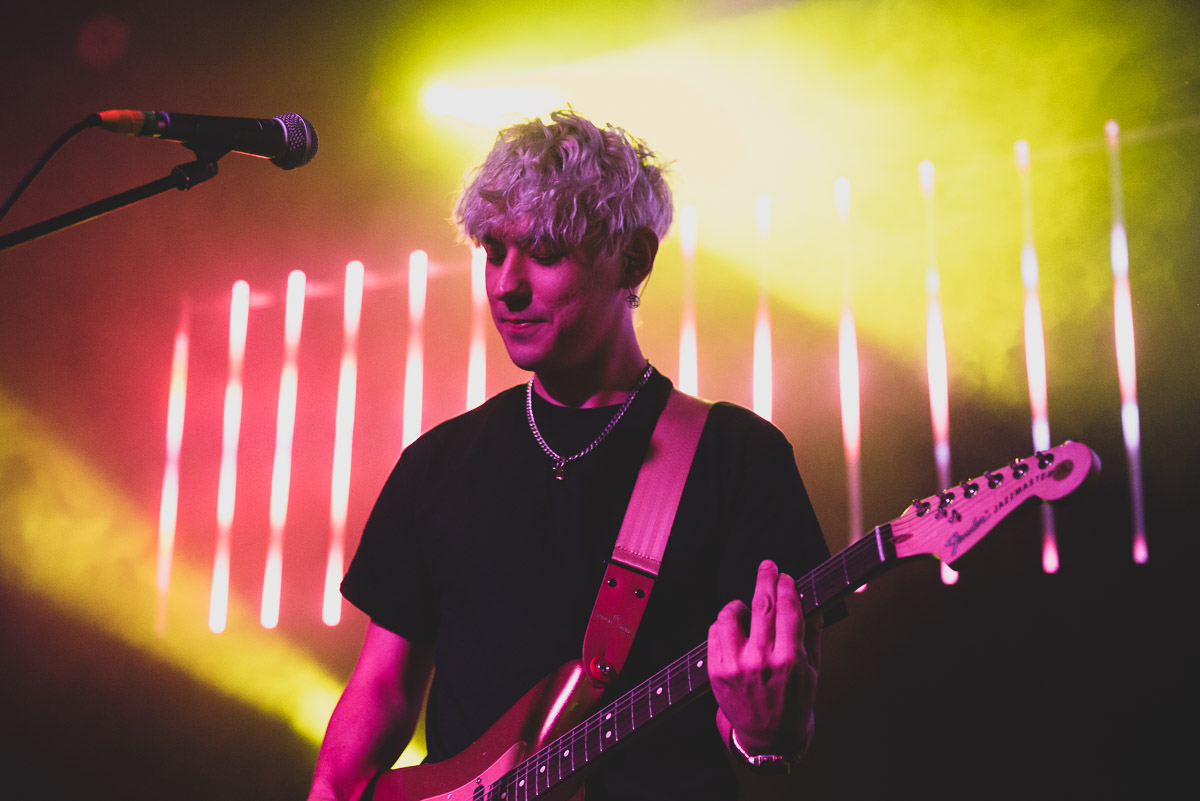 With an impressive variety of tracks spanning from their 2010 debut EP ‘Back from the Dead’ to their latest offering ‘Yumeno Garden‘ if you are not familiar with this underrated class act, this tour would be a great starting point. Their sharp polished dance rock with happy catchy melodies and guitar riffs make them hard to ignore.

With the 1 ½ hour set coming to an end, they delighted the crowd with favourites ‘Stream‘ and followed this with ‘Zoom’. Ending the set with a rousing version of the hugely popular ‘Honolulu’ which got the biggest cheer of the night as Caskey encouraged the adoring crowd to ‘dance and sing’ which they did in abundance. Enhancing their reputation with this flawless performance, these nice guys of indie rock showed how to put on a slick polished rock gig. 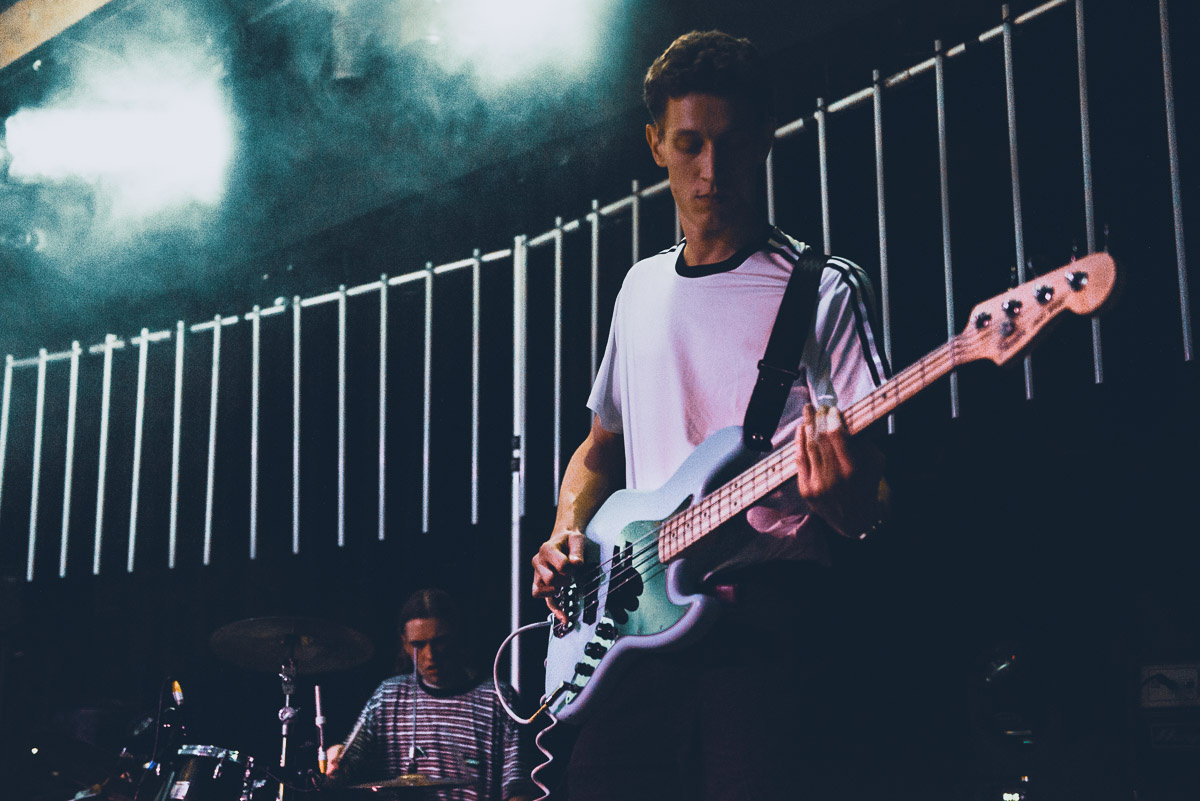 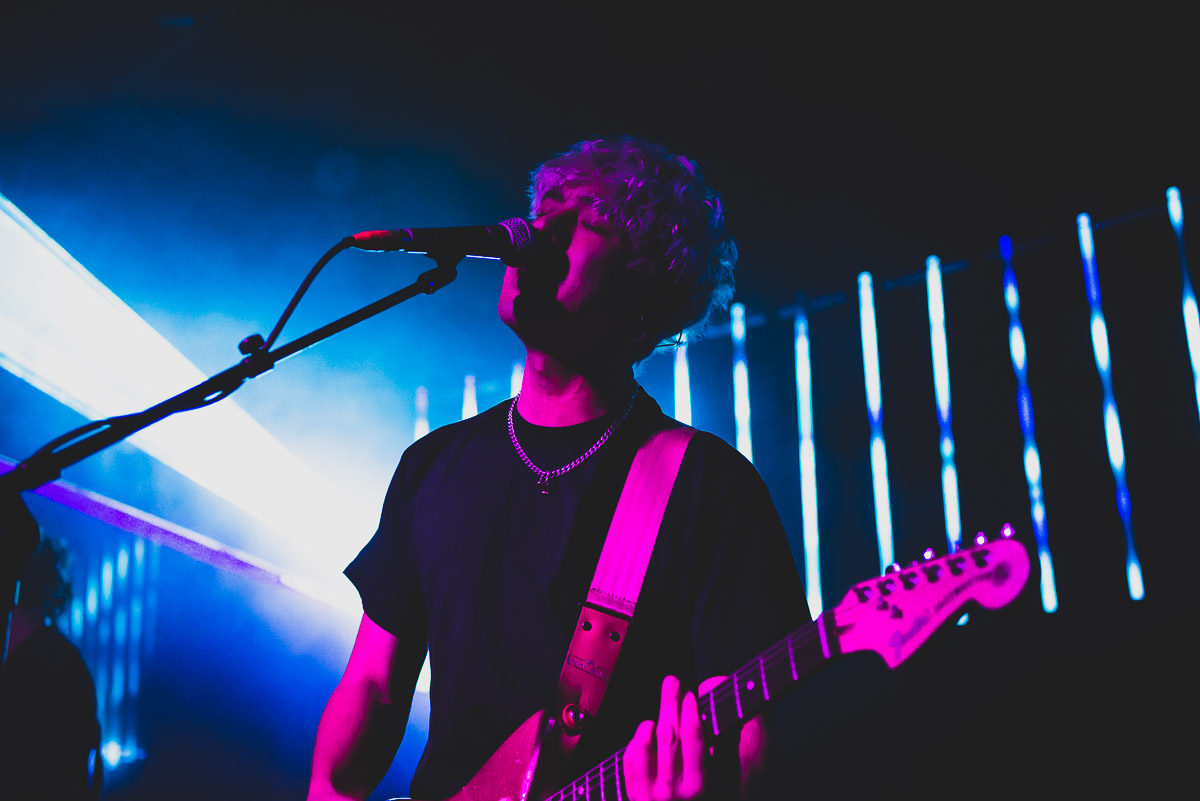 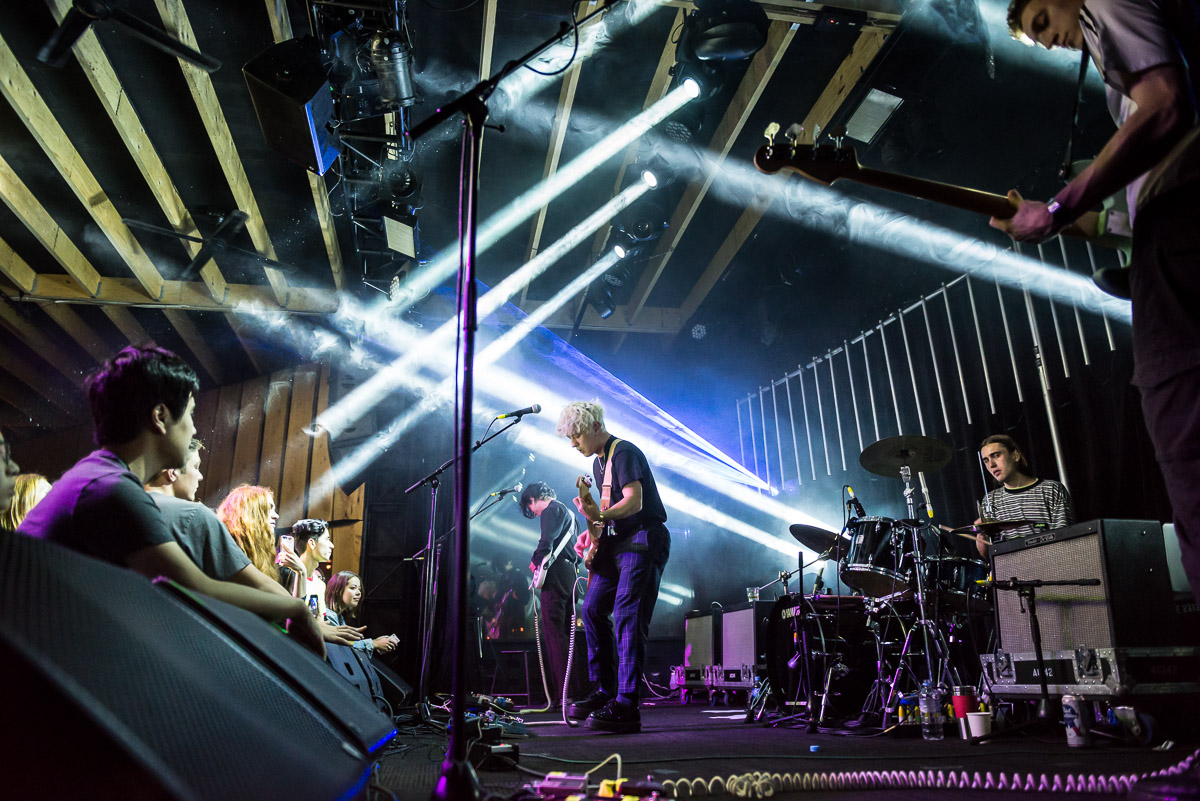 The band is named after the song ‘Last Dinosaur’ by Japanese rock band ‘The Pillows’. This however is one band you definitely can’t doze off to. If anything they’ll send you into a dreamy dance floor trance!! Fantastic show and a must to see live.