Melbourne’s own Jordan Lalchand has emerged from the shadows after years of writing and performing in bands to make his debut as a solo artist. “Feast” marks the beginning of Lalchand‘s solo career, and it certainly sets the bar high!

Feast” is mixed and mastered by Sam Bianco (Parkwood) with additional production by Isaac Naylor (Hammer Productions) and lyrically is about a broken man trying to search for meaning and fulfillment in life only to realise that he had this all along. Lalchand explains that the new single “tells the protagonists story of disillusionment and disappointment only to be hit with the realisation that he always knew what was right and true.”

With help from fellow musicians Ryan Wilson on vocals, Micah Barnes on drums and Isaac Naylor on bass, Lalchand leads the way on guitar to bring his creation to life. The track has a steady beating rhythm, a melodic bass line and a triumphant chorus that weaves its way through the quieter more thoughtful verses. “Feast” demonstrates intricate instrumentation that flaunts Lalchand’s solo skills as a musician. Musically the song draws many influences particularly that of Alter Bridge, Dead Letter Circus and Karnivool.

Lalchand is the solo project of Jordan Lalchand, who began his musical journey playing in Shepherd (formerly known as Maker Resonate) with many accolades to show including winning BANG’s Battle Of The Bands in 2017, taking one of eight spots in the GRID (Grass Roots Indie Development) series program and has shared the stage with the likes of Ocean Grove, Alpha Wolf and The Getaway Plan.

“Feast” is just the beginning for Lalchand, who’s working towards releasing his debut EP in 2020. Until then, “Feast” is out now on all digital stores and streaming platforms. 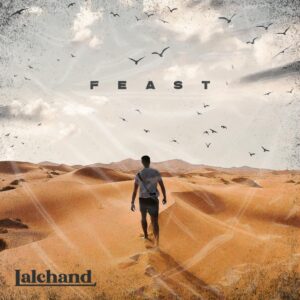