Perth raised, LA based producer and vocalist KUČKA announces the feverishly anticipated release of her debut album Wrestling, out April 30 via Soothsayer/LuckyMe. The news comes with the release of her latest single ‘No Good For Me’, premiered last night via Good Nights on triple j. Listen HERE.

No Good For Me’ signals more for KUČKA than a relationship breakdown in Wrestling’s narrative arc. Breaking momentarily with the elements of fantasy that have come to be synonymous with her music, the single catches KUČKA bracing herself. “I’m hungry for progress,” she sings over garage house percussion that thumps like a heartbeat. Piecing together her previous releases ‘Drowning‘, ‘Real‘, ‘Contemplation‘ and ‘Ascension‘, which have each received playlist support from triple j, FBi Radio, RAGE and MTV; ‘No Good For Me‘ begs, “How long can you run for?”

Of the single and her upcoming record, KUČKA shares: “No Good For Me is a song about letting go of people who don’t vibe you up. Writing No Good For Me was about capturing the energy of psyching yourself up to deal with that conflict.”

WATCH: ‘No Good For Me’ (Official Video)

The project of Laura Jane Lowther, Wrestling is a record about young adulthood, finding yourself and meeting your soulmate along the way. Like Christine and the Queens, Caribou and Charli XCX’s most earnest moments, KUČKA documents her metamorphosis through her unique brand of “digital soul”. From ending a long-term relationship, moving cross-continentally, coming out, getting married and all the emotions felt in between, Wrestling illustrates that journey, processed, celebrated and soothed through dance driven electronica, ethereal vocals and glitchy textures. In turning to writing for catharsis, the album is also a moving dedication to Laura’s partner and Wrestling’s creative director Dillon Howl, who without which the record’s release would not be possible.

Written, produced and recorded by herself, Lowther’s natural ability for conjuring earworm melodies are on full display. As a trained musician, Laura has steadily worked over the years to establish herself as a sought after producer and vocalist. Her list of achievements are endless, having already worked with A$AP Rocky, on ‘Fashion Killa’, Flume and SOPHIE on the GRAMMY Nominated ‘Voices’, Vince Staples, Fetty Wap, Kendrick Lamar, Vegyn, Nosaj Thing, Cosmos Midnight and many more. With her steady and selective recent output drawing praise from the FADER, Fact Magazine, Clash Music, NME, Earmilk, Flaunt and more alongside playlist additions from triple j, Rinse FM, FBi Radio and more, today KUČKA stands tall on her own, ready to welcome us into her world.

‘No Good For Me’ is out now via Soothsayer/LuckyMe, buy/stream it here.Official single artwork below 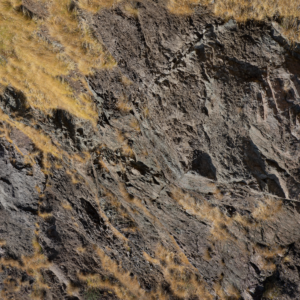 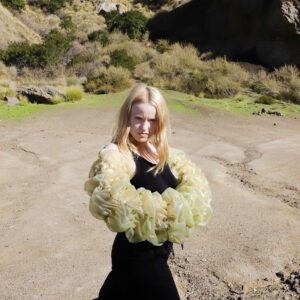 “There’s beauty in the way KUČKA creates her soundscapes;
infusing them with hypnotic rhythms, and also sparseness that can really captivate”
triple j

“More sophisticated than ever before”
Fashion Journal