‘UNTIL WE LEAVE THE GROUND’,

AHEAD OF HIS DEBUT LP

Following the release of ‘Edge Of The Dark’, today LA producer Emmit Fenn releases the second single from his forthcoming LP, Far From Here. Titled ‘Until We Leave The Ground‘, the new single is due to feature in Netflix’s ‘To All the Boys: Always and Forever’ from 12th February, the third instalment of the highly successful franchise. The latest offering is another prime example of Emmit’s ability to create dramatic soundscapes balanced with his raw and vulnerable vocals, and again, setting the tone for the theme of escapism seen throughout the LP. At times during 2020, we’ve all wanted to travel “Far From Here” and the album is for those looking to escape in search of hope.

On the new single, Emmit shares, “it’s always strange writing a song for someone you’re in a relationship with and then when the song finally comes out, you’re not with them anymore. ‘Until We Leave The Ground’ is one of those songs. It’s such a stamp in time for me that every time I listen it now, it brings me right back to that moment and I can’t help but smile.”

The independent artist is one of the few collaborators to have worked alongside pop phenomenon Billie Eilish, co-writing and co-producing her “bitches broken hearts” in 2017. Emmit has also produced for the likes of Lolo Zouai, Yuna, Ry X, Shallou and Vic Mensa and scored the TV show Five Points for Mary Ramos (Quentin Tarantino’s music supervisor).To date, Emmit has also garnered over 100 million streams across his impressive catalogue.

Throughout quarantine, Emmit has also kept connected with friends and fans through sharing exclusive content and new music via Discord and Community. He has also spread the love IRL, generously gifting his community with their wishlist items — from outdoor picnic sets and candlesticks to top tier music production gear!

‘Until We Leave The Ground’ Official single artwork below 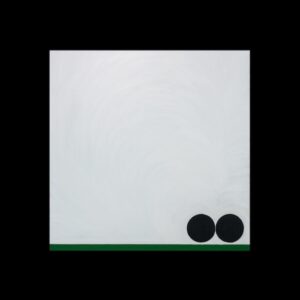 One thought on “EMMIT FENN RELEASES ‘UNTIL WE LEAVE THE GROUND’, AHEAD OF HIS DEBUT LP ‘FAR FROM HERE’”