Jerome Farah is an APRA-award winning songwriter and a much sought after collaborator, who has previously worked with Baker Boy, KIAN, Adrian Eagle and Dallas Woods. His debut release ‘I Can’t Breathe’ was a confident and self-assured stepping-out and into the limelight for the 27-year-old artist, receiving full rotation on triple j and garnering praise from NME Australia, Acclaim, Pilerats, Purple Sneakers and more.

Jerome’s second solo release arrives weeks after his debut exploded onto the Australian music scene via a premiere on triple j’s Good Nights with Bridget Hustwaite. A compelling, politically-charged fusion of neo-soul, alternative rap, and R&B that spoke to issues of police brutality and racism, ‘I Can’t Breathe’ packaged Jerome’s unique, dexterous sound that threads together styles and influences informed by his multicultural upbringing into a powerful opening statement of intent. All proceeds from his fierce debut going to the Victorian Aboriginal Legal Service.

‘Mikey Might’ continues that train of thought, with his free-flowing verses evoking early Chance the Rapper. He ponders the hurt and internalisation of racist stereotypes through the lyrics: “Way too White to be a Black kid, right? / Not enough to live that White kid life / Am I ever gonna quite feel right? / Cause no one know my pain”. Of the emotions and experiences animating ‘Mikey Might’, Jerome shares that: “I am too White to be Black. I am too Black to be White. This grey area is confusing as hell.”

This new single by Jerome is another potent, genre-melding track from the stylistic polymath that is sure to cement his standing amongst Australian music, mixing gospel-flavoured, soulful harmonies with agitated vocals ringing off in the background and piano that is at once both compassionate and sorrowful.

‘Mikey Might’ by Jerome Farah is out now, buy/stream it here. 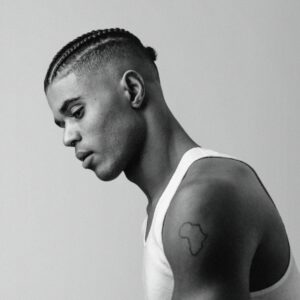