An enchanting combination of the celestial and the earthly, ‘Moon Juice’ grounds Bala’s airy vocals, weightless chorus, and lyrics about the need to escape reality with pulsing, modulating analog synths and dry percussion clattering. Explaining the meaning behind the concept of the track’s titular “moon juice”, Aalok shares, “Moon Juice is a hypnotic mantra for those who seek to find peace above the noise in a chaotic world. To travel beyond what is known. An anecdote to help connect with ourselves and the dream space. ‘I have a dose of Moon Juice every day. When I wake up or before I go to sleep.”

The granddaughter of a renowned Chilean composer, Aalok Bala was exposed to a variety of musical and cultural influences while growing up in Queens, New York. As a child, she taught herself to play guitar and piano among other instruments, and as a teenager, she became obsessed with the art of recording music, spending countless hours in studios learning production.

Designed by Aalok herself, the video for ‘Moon Juice‘ is a continuation of the project’s striking visual language. First previewed in the video for ‘Sueño‘, it’s a language that sits between high gloss, digital collage, and surreal, otherworldly landscapes. It’s beyond time, culture, and place. A mish-mash of everything that is unlike anything else – appropriate for an artist whose unique, immersive soundscapes explore themes of consciousness, spirituality, and desire, connecting the past, present, and future into one.

Moon Juice’ by Aalok Bala is out now, buy it/stream it here. 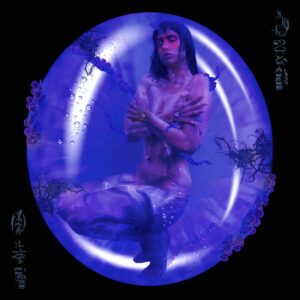