Jack Gray’s new EP, Nights Like This, is out today via Warner Music Group. The 5-song collection by the “unassuming pop star” (Alt Citizen) juxtaposes conflicting emotions, tackling weighty topics with subtle nuance and thoughtful reflection, while also capturing the beautiful highs and messy lows of the journey into adulthood.

Nights Like This is a collection of songs written and recorded over the past two years that reflect Jack’s remarkable growth as an artist and producer. The EP includes Down Side of Up a fast-paced sugar rush that clocks in at less than two-and-a-half frenetic minutes as it balances optimism and pessimism, while the slow-burning Take Our Time builds from a hushed piano ballad into a dreamy synth-scape filled exploring fantasy and reality through a tragic yet beautiful love story. Drunk Talk, is an infectious slice of pop-rock and Fools, a deep, moving tune that soars, premiered on popular Aussie radio station Triple J. Stream and download FoolsHERE.

Jack is set to play his first solo showcase in New York at The Standard East Village on Monday, June 3rd, following the release of his debut EP. Earlier this year, Jack completed his first-ever run of North American dates opening for fellow Aussie Dean Lewis, someone who has always been a mentor and a friend. He also opened for pop darling Ella Vos at Brooklyn Steel and “quickly won the crowd over” with his “moving set” (Popdust). Jack will return home to Australia for a headlining multi-date tour in support of new music. Jack is also set to play his debut solo New York City show at the Standard East Village on Monday June 3rd 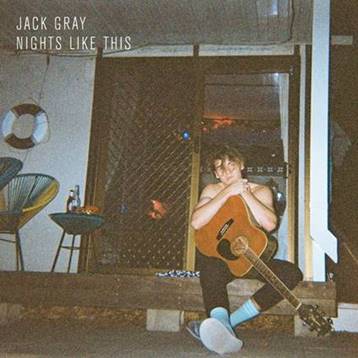