Offering up clever and catchy confessions magnified by expansive pop soundscapes, Australian-born and Los Angeles-based singer and songwriter Ivy Adara encourages such a connection. With her next project set to be released in 2022, this vivacious young songbird has only just begun her journey with her latest single, “Stranger.”

“‘Stranger’ was one of those songs that just fell out. In one moment, everything I had been feeling over a couple of months finally made sense,” said Ivy Adara. “I had been completely detached from reality, almost as if I was floating above myself, watching me live a life that was so far from who I really wanted to be deep inside. I was feeling so depressed my dad came to visit me in LA all the way from Sydney. 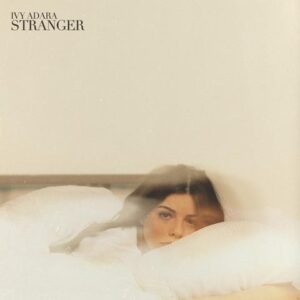 For the first time in my life, I could acknowledge that I felt like a stranger in my own skin. I fell on my bed and wrote the lyrics in a number of minutes. I picked up my pen and wrote down some chords. I picked up my guitar, started singing and ‘Stranger’ fell out, like it had been living inside me forever. I was just a passenger. The song was not a part of me, I was a part of the song.”

Being a lover of pop, Ivy was tempted to base the song on a structure that was driven by a catchy chorus. Instead she engaged her classical roots and love of old hymns by keeping the song revolved around one simple refrain, and travelling back and forth to different verses.

Ivy’s raw, ethereal vocals chase a vintage acoustic guitar that provides an organic canvas to tell the story of a girl who’s brave enough to face her demons in order to find herself again. Inspired by her love for the acoustic genre, she wanted to channel the integrity that undergirds the music of Carol King and Carly Simon. Wrapped in a warm, driving rhythm, the lyrics make you want to dance and cry all at the same time. “Stranger” takes you to a place where you can be honest about where you are today, while being hopeful about who you can be tomorrow.

Ivy recognized her path early on and wrote her first song at seven-years- old (inspired by Aussie artist Kasey Chambers). From then on, the budding talent simply never stopped writing, leaving her discography’s total streams exceeding 200 million on Spotify alone. Becoming an in-demand talent behind-the-scenes, she seamlessly transitioned into the spotlight as a solo artist with her first EP Introduction. She then went on to perform co-written song “Bye Bye” at Coachella and on many more stages with acclaimed DJ,Gryffin.

Adara has had countless sync success on shows such as So You Think You Can Dance (FOX) and Love Island (CBS) with upcoming releases featured in the JLo movie, “Marry Me” and with artists such as Mae Muller, Cheat Codes and Tinashe. The songstress has received recognition on a global scale as a songwriter collaborating with renowned producers, artists and songwriters such as: Cirkcuit, Captain Cuts, Roget Chahayed, Oak, Selena Gomez, Rita Ora, Daya, Jennifer Lopez, and G-Eazy.

With her next project set to be released in 2022, this vivacious young songbird has only just begun her journey with her latest single, “Stranger.”

“Stranger” is available on all platforms now. Official artwork below