Toronto’s singer-songwriter Justin Nozuka has returned with his latest single “Nova”, an R&B infused track that ties together and flaunts all of the progress and development he has made this year, via Black Box Label. “Nova” comes as the feel-good focus track of Justin’s “Closer” b-side, which puts his soaring vocal range on full display.

“With these two I felt the pull to dive into a more contemporary sound. It’s the first time I’ve really gone in this direction… kinda scary but also very liberating. I’m just having fun with these two, exploring new sounds. Have been sitting on the Nova idea for over 2 years, played it for my manager and he was like – THAT – let’s get That,” said Justin Nozuka.

Justin Nozuka previously released his now & then (A Live Performance from Revolution Studio) EP, featuring the brand new track “Miami (Live).” This followed his EP then, now & again, out via post 1988/Black Box. Complex featured the EP, dubbing it “the perfect project to spin whether you’re feeling good, bad, or comme ci comme ça.” The full EP follows the release of recent singles, “summer night o8” (tipped at Clash and Ones To Watch) and the Mahalia-featuring track, “No One But You”, which amassed over 6M streams late last year, as well as support from Complex and SPIN.

Kicking off his recorded musical journey at the early age of 17, Justin released his debut album “Holly” in 2009. Since his debut, Justin has received a duo of JUNO nominations in Canada, two Gold albums (“Holly”, and “You I Wind Land Sea”), as well as winning an NRJ Award in France. Alongside this, he has toured internationally, playing alongside world-renowned artists such as Stevie Wonder, Mary J. Blige, John Mayer, and Jazon Mraz. He appeared on Jimmy Kimmel Live, The Late Show and Good Morning America, and continues to demonstrate his ability to impress and inspire on a global level. 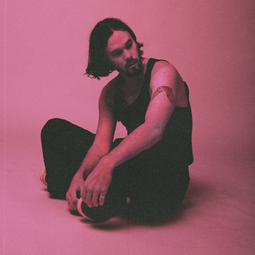 With over 150M cumulative global streams, Nozuka’s “No One But You” marks his first release since 2018, once again looking to push the envelope of his sound, shifting from the folk-minded approach of his previous album, “Run to Waters”, into a world of warm, analogue R&B and smouldering, down-tempo soul.

The son of a Japanese father and American mother, Nozuka was born in New York City as one of seven children before relocating to Toronto. Nozuka began writing music at the age of 12, playing shows in Toronto on the burgeoning folk and singer/songwriter circuit before attracting the attention of British indie label Outcaste Records (Joss Stone, KT Tunstall) who signed him early on in his career. For Nozuka’s 2010 release, “You I Wind Land and Sea”, he had expanded his sound further, experimenting with his techniques and self-producing at his home studio which was built by himself. 2020 marked the exciting return of one of Toronto’s most prevalent artists, and it also hints towards a larger project which will materialize throughout 2021.

“Nova” is available on all platforms now. 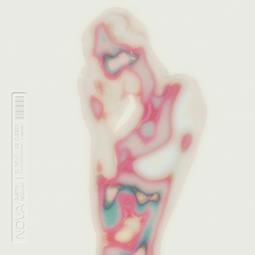