Introducing the rising genre-blending R&B/Hip Hop trio Your Grandparents, composed of vocalists DaCosta, Jean Carter, and producer ghettoblasterman, who today release their new single ‘So Damn Fly’ across all digital streaming platforms via The Orchard. The first offering from their debut album set to arrive later this year, listen to the effortlessly smooth track HERE.

Watch ‘So Damn Fly’ below

Of their new single, Your Grandparents share, “An ode to the unapologetically beautiful, black, and bold youth of today. We hope the way this song builds and evolves will leave our listeners in awe.”

In April 2019, Your Grandparents self-released their eclectic breakout debut EP Been Cold, that included fan favorite track, ‘My Only One‘ featuring neo-soul R&B songstress UMI. Following the EP release, the Los Angeles-based trio headed out on a sold out West Coast tour with fellow SoCal singer-songwriter Cuco where they received an overwhelming response and packed houses with upwards of 2,000 people in attendance every night.

In the midst of growing as a powerful music group in the past year, each artist has managed to create success independently in their own right. Most notably, Jean Carter’s feature on Cuco’s hit song, ‘Bossa No Se‘, which has clocked 70 million streams.

Stay tuned for much more to come from Your Grandparents who are set to release their debut full-length album later this year via Sony Music-owned distributor The Orchard.

‘So Damn Fly’ by Your Grandparents is out now,
buy/stream it here. 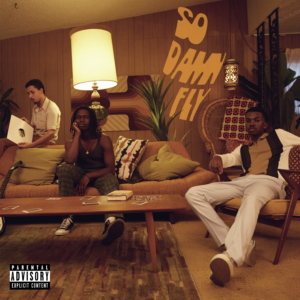 Stay connected with Your Grandparents: