On just her second release, Daine continues to define her spellbinding style, one that fuses Soundcloud-indebted rap with Midwestern emo songwriting, a soundtrack for a disillusioned generation. Laying delicate guitar lines over skittering trap hi-hats and echoing 808 kicks, ‘My Way Out’ is a bittersweet reflection on youth and suburban alienation.

Reaching into the depths of her inner life, Daine lays bare in melancholic vocals about her own dissociative feelings of moving nihilistically through life, all the while calling out to feel or experience something real. Tying together musical eras through a common suburban ennui in a way that only she could, ‘My Way Out’ is yet another example of Daine’s ability to produce evocative, haunting music that finds emotional potency in the crushing reality of the banal and every day.

Of the track, Daine shares, “I wrote the song about forcing myself to socialise after a long period of isolation (pre-COVID), and then just finding it so painful and unsatisfying. I wanted to reinvent myself after, focus on myself and my art rather than forcing myself to enjoy being around others.“

Premiered on The FADER, Daine’s debut single, ‘Picking Flowers’ along with her collaboration with ppgcasper on their track ‘Crash In The Lake‘, Daine has garnered acclaim from the likes of Clash, NME,SNIFFERS, Filter Zine, and more as a bold introduction to the 17-year-old’s self-assured style and atmospheric command. With ‘My Way Out’, Daine shows how deep her artistry runs.

‘My Way Out’ by Daine is out now, buy/stream it here. Official single artwork below 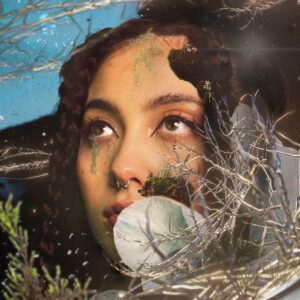 “Daine’s debut single is assured, polished, and clearly the work of a teenager”
The FADER