There are vivid memories from the past, even though already shelved, that will always come back around. These are the memories that, after a few years have passed, continue to impact you. Just like these, there are songs hidden in journals, table napkins, scratch papers, and old notebooks that, when found, still connect to your soul like it’s the first time reading it.

And there are songs kept in the heart – which later on you revisit – that still strikes and gives more meaning to how it was originally written before. For new-in-the-scene Perth-based band In Lucid Dreams, the debut of their single ‘Rise’ set to release on October 8th, encapsulates and bridges an old-school memory locked in the chest to the current frustrations in the global crisis.

‘Rise’ was originally written years ago and has continuously evolved during the pandemic – recorded and produced by Ron Pollard of Studio Sleepwalkers Dread – with a more critical lyrical approach and a keen eye for detail amplified by his show-stopping delivery, enormous vocal flare, and free spirit.

Backed up by virtuous production work, the track’s nature is a prime example of a mix of 90s-rock, grunge, rebellious sound that bellows and haunts the listeners to play it on loop. His music is for people to vibe with it to get through all the whirlwinds life throws us.

“The original incarnation of the song was written years ago while I was living in Melbourne. A couple of people close to me were both going through pretty tough times so they were my muse for the song and lyrics back then.” – In Lucid Dreams

He has been compared to the sound of the band’s Tool and Deftones with their alternative metal sound with their experimental attitude on their creations. He is also massively inspired by Nirvana in his childhood which made him feel the need to play music and share it with the world. Their music’s raw energy and emotion, and luring melodies connected to him and serves as inspirations for his own works.

In Lucid Dreams looks forward to releasing new music videos in the coming weeks and seeing the crowds in 2022 with his planned next release – Chasing Ghosts. ‘Rise’ has continuously evolved and between writing stints the inspiration shifted from his own backyard to the current global crisis. His intricate creative process for fresh and ardent energy is a statement as an artist to watch for. 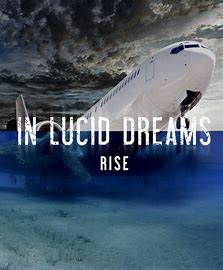 One thought on “IN LUCID DREAMS UNVEILS NEW SINGLE ‘RISE’”