OF MONSTERS AND MEN

Premiering overnight on triple j Good Nights with Bridget Hustwaite, her first single since her triple j J Award-nominated debut Reservoir, ‘Sandwiches’ is a soaring, post-new wave anthem, and a tribute to her late grandmother.

One of the first true Gordi “guitar songs,” it shimmers with the lush-yet-fragile momentum of The Cranberries’ classic ‘Dreams.’ ‘Sandwiches’ follows ‘The Cost’, a track released last month in support of the Australian Bushfire Relief and regional drought efforts, and‘INDIFFERENT’ her haunting collaboration with Willaris. K. Since her 2017 album, Gordi has established herself as a versatile collaborator having released a song with Troye Sivan, toured with Sam Smith, Julien Baker and Fleet Foxes, performed at Eaux Claires residency and festival alongside The National, Bon Iver and Big Red Machine, and PEOPLE Festival in Berlin collaborating with artists like Feist, Damien Rice, Alex Somers and Justin Vernon.  In between she finished her medical degree to become a qualified doctor, following a year of intense hospital placements around Australia.

Gordi called on her long-time collaborators and Bon Iver production duo Chris Messina and Zach Hanson to make ‘Sandwiches’, flying them down with their Wisconsin studio gear to her family home in Canowindra, New South Wales. Setting up in an old cottage littered with some of Sophie’s favorite pieces of musical arsenal combined with some flown in from Justin Vernon’s April Base Studio in Eau Claire. The tiny farm town where her family has lived for over a century, Canowindra, and the heart of the matriarch, is embedded in this song, and where the video was filmed. “Her whole life was in Canowindra…we made it in a house that’s a hundred meters from her house.”

Her late grandmother was, in Gordi’s words, “a great feeder of people”. So when she fell ill, Gordi and her mother took it upon themselves to nourish the visitors gathered around her hospital bed. As they passed around sandwiches, “someone called out that she was gone”.

The gravity of the moment was poignant for its softness and mundanity.  Gordi approaches the totality of a loved one’s life as measured in the small memories that stay with us. She sings, “When I think of you a movie-reel of moments plays / We’ll be in the car or after mass on Saturdays / You’ll be walking down the driveway, you’ll be in your chair / You’ll say ‘See you round’ or ‘Say your “Three”’ / And now you’re everywhere.”

Gordi is currently in Europe supporting British folk-rock duo Bear’s Den, before heading over America to support Icelandic folk-pop band Of Monsters And Men on their six week ‘Fever Dream Tour’ tour.  Sophie recently joined the Icelandic group on stage for a cameo appearance during their recent festival shows at Falls Festival over the 2020 new year period. 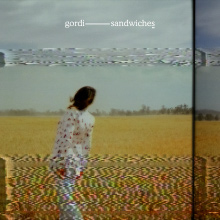 ^ with Bear’s Den
* with Of Monsters and Men