Gated Community officially released their new single  ” lay low and snitch” on August 21st.
This will be Gated Community’s second single of the year, this comes after the duo’s debut single “Knew It” which released in March of this year.

Gated Community is an up and coming Australasian hip-hop duo.
The duo consists of Auckland, NZ’s Jordan Lindsay and Melbourne, AU’s Billy Reeves.
Both originating from the same area of Auckland, New Zealand.

“Lay Low and Snitch” is a trap and electronic infused banger full of witty, humorous word play and punch lines, notably poking fun at the legal situation surrounding Tekashi 6ix9ine within the hook of the song.

Keep your ears and eyes out for these guys!!

“Lay Low and Snitch” is available everywhere as of now! 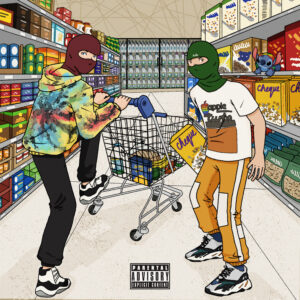