Hailing from Sydney, indie rock 5 piece Gang Of Youths strode onto the stage for a sold out show at The Forum in Melbourne on Monday 12th of November 2018 with all the confidence of a band with a critically acclaimed Gold selling multi Aria award winning album, ‘Go Further In Lightness’ behind them. 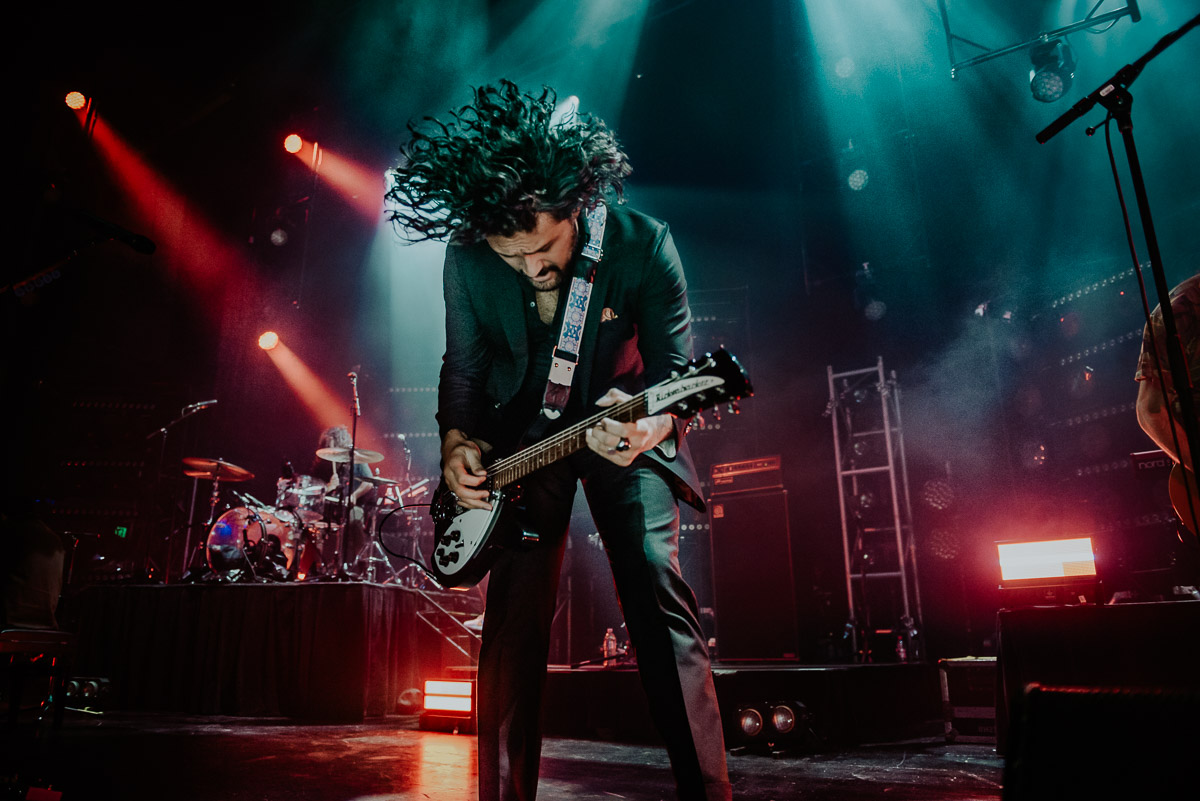 Kicking off the night with the kick ass ‘Fear and Trembling,’ a perfect opener to get the crowd pumped and warmed up. Followed by one of their most popular tracks, the very personal ‘What Can I Do When the Fire Goes Out. ‘After the frenetic start, Le’aupepe slows things down a bit by playing ‘L imaginaire’ followed by The National inspired moody ‘Don’t Let Your Spirit Wane’ all tracks lifted from their sophomore album ‘Go Further In Lightness’

Next we see Le’aupepe alone at the piano, with the rest of the band having exited the stage, lights dimmed, he recalls candidly various tales about his struggles as the crowd falls silent and lap up his every word before launching into the gentle but troubled  ‘Go Further In Lightness” followed by a haunting cover of Bruce Springstein’s ‘I’m On Fire’ which works well here, the beautiful ‘Persevere’ finishes the mellow interlude. 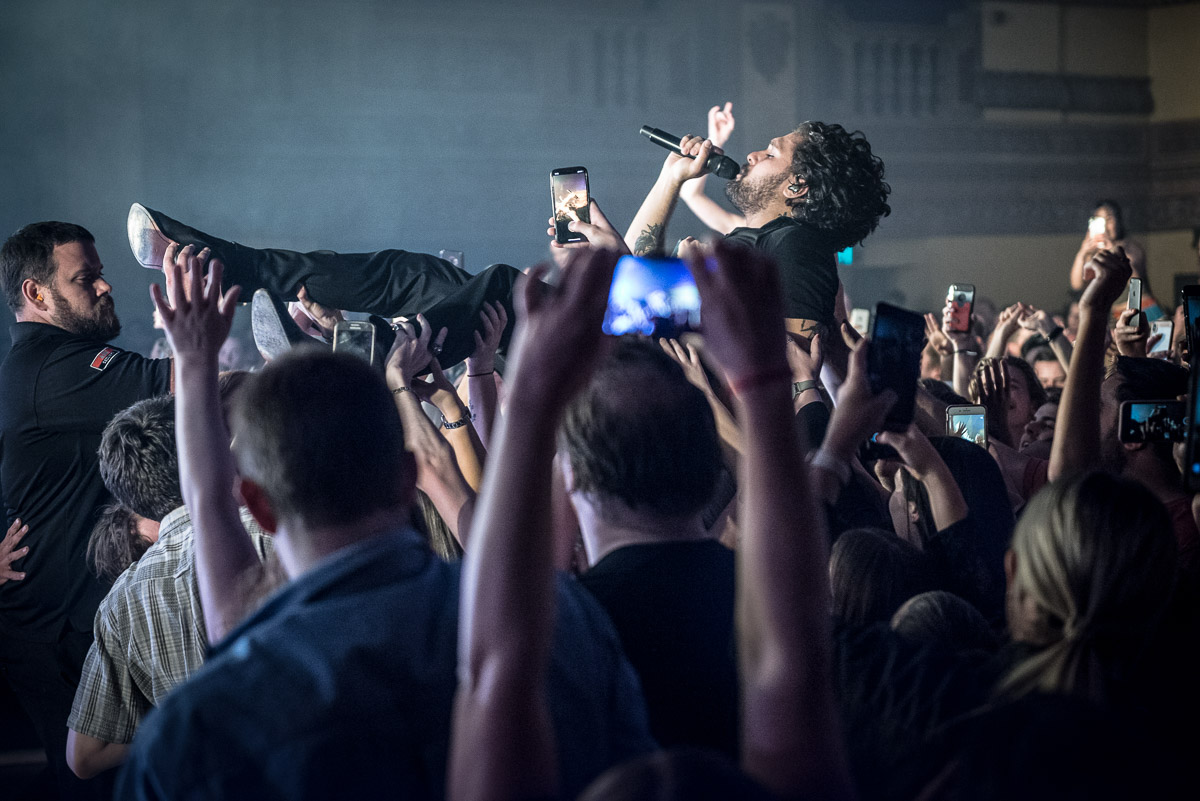 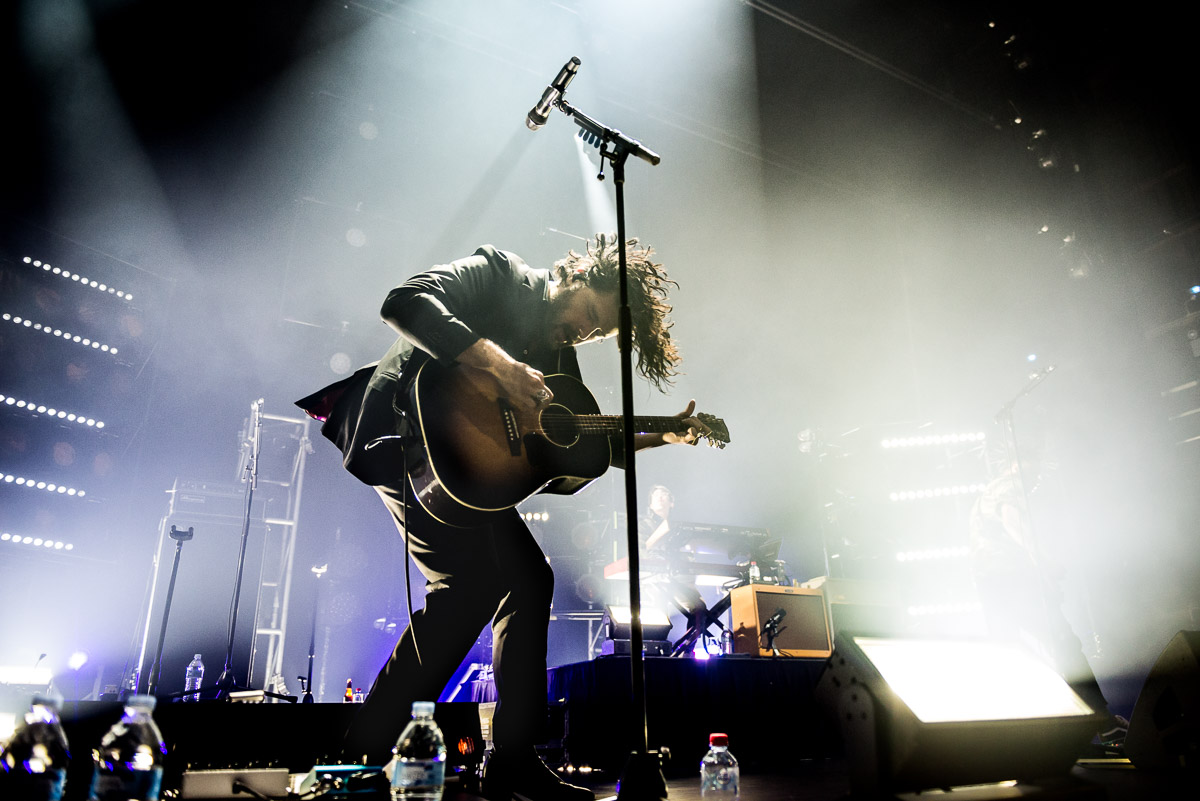 Le’aupepe has a tendency to start every song with a monologue, explaining the inspiration behind it. Sometimes the monologue can go for longer than the length of the song, but the crowd of mainly ‘20 something’ females, always falls silent on every occasion, hypnotised by his every word.

As the rest of the band rejoins him on stage they rip into ‘The Heart Is A Muscle’, much to the delight of the crowd, everyone caught up in the moment singing along, believing every word.

One highlight is when they whip out their masterpiece ‘Let Me Down Easy.’ Written by Le’aupepe at a time when he was at one of his lowest points and contemplating suicide, when quite by accident he discovered that by dancing enthusiastically it can actually work as an effective anti-depressant. In honour of that sentiment, Le’aupepe downs the guitar and rips out some sultry Ricky Martin esque moves, with the crowd completely enthralled, some mimicking his moves, others mouths gasping in admiration! The crowd roar in approval at his every ‘un rock-n-roll dance moves. Looking completely out of place here, but working so well with the be ‘uncool to be cool’ feeling of the night!

The track gets the biggest cheer of the night, it’s unclear however if it’s for the brilliance of the song or the sexy dance moves of the lead singer or a combination of both. It doesn’t really matter as the band basks in the adulation.

As the night draws to an end, they unleash the powerful ‘The Deepest Sighs, The Frankest Shadows’ as the crowd sing along to the chorus “cause not everything means something honey, to say the unsayable, say the most human of things”. Great song that really speaks to you!! 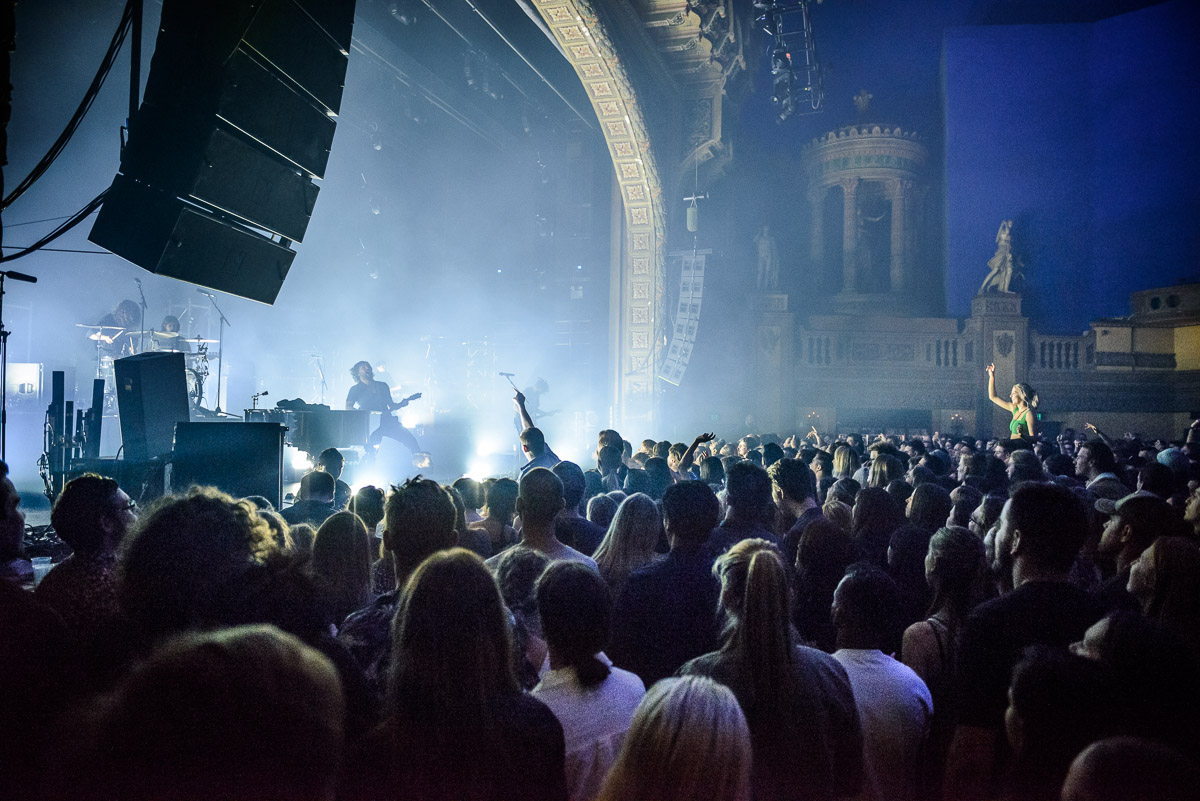 The band has partnered up with PLUS1 so that every $1 from every ticket purchased goes to support Aboriginal Legal Service. A band that likes to influence positive change. Take a bow boys What a band!!!

They end the night with a 2 song encore ‘Vital Signs’ and ending with the punk rock belter ‘Say Yes To Life’ which leaves everyone wanting more and feeling the moment of living and loving life! This was one unforgettable 1 ½ hour gig and “I don’t know if we could live without”.  so, say ‘Yes to life’. Say ‘Yes to Gang Of Youths’.

Go Farther In Lightness out now!