ERRA TEAM UP WITH

On the collaboration, ERRA’s JT Cavey reveals, “We’ve never had a guest feature before, even before my time in the band. ‘Vanish Canvas’ is a very special song to Jesse and the rest of the band; it felt right if it were to be any song, it was this one. Courtney has been a longtime friend and extremely supportive of me, as well as ERRA; we are honoured to have her be our first feature.”

Vocalist Jesse Cash adds, “’Vanish Canvas’ is my favourite song that ERRA has written, and Courtney’s presence on it makes it that much more impactful.”

Meanwhile, Spiritbox vocalist Courtney LaPlante says: “JT asked me to sing on this song, and I would have been honoured and excited no matter what song they had chosen for me. He sent me an unassuming mp3 to listen to titled “Karlsruhe” and I was so excited when I pushed play that it turned out to be my favourite ERRA song, “Vanish Canvas”, and the part they asked me to sing happened to be my favourite moment on the record.”

The new version of ‘Vanish Canvas’ follows the release of the instrumental version of ERRA’s latest, highly acclaimed self-titled album, released earlier this year via UNFD.

ERRA are currently on a massive US run supporting August Burns Red alongside Fit For A King and Like Moths To Flames, marking the band’s first tour back since the onset of the pandemic. The band is thrilled to be back on the road, performing songs from ERRA live for the first time ever.

About ERRA:
ERRA’s epic self-titled album released back in March grounded them as one the genre’s most prominent forces. ERRA’s massive riffs and enchanting melodies litter the cerebral, immersive soundscapes which culminate a career-defining effort. Determination and steadfast dedication have defined ERRA’s path, forging a unique connection with an ever-growing audience, without the advantages of traditional recognition.

On their career-defining fifth studio album ERRA, the band confront depression, anxiety and desperation throughout. They take listeners on a near-out-of-body journey to Aokigahara, the infamous Suicide Forest of Japan; into episodic storytelling that would make Black Mirror writers proud; and into the literary works of Cormac McCarthy and Hubert Selby Jr. Recorded, mixed, and mastered by Carson Slovak and Grant McFarland, it’s a definitive mission statement for guitarist Jesse Cash, vocalist J.T. Cavey, drummer Alex Ballew, bassist Conor Hesse, and guitarist Sean Price, each of them already well-respected players revered for their inspiring technicality and raw, natural talent.

Previous ERRA albums Impulse (2012), Augment (2013), Drift (2016), and Neon (2018) saw the band spotlighted on tastemaker playlists, as the band’s Spotify plays soared past 72 million. And with vigorous worldwide tours under their belt, ERRA have rightfully earned a sprawling audience devoted to the Alabamians’ catalogue, eager for each new missive.

As their music finds the balance between the crushingly heavy and the headily melodic, its members seek to find harmony between the needs of the individual and the natural flow of this shared reality. ERRA, as a band of brothers and creative force, strive to live in alignment with the present moment. ERRA, the album, represents redemption for the band, who emerged from the creative process with renewed focus, confidence, and certainty of self. 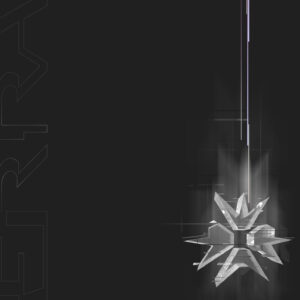 “This is the sound of a band on career-defining form.”
Metal Hammer

“…an atmospheric, escapist listening experience, even if the songs like ‘Divisionary’ are rooted in a very real dystopian fear.”
Consequence Of Sound

“ERRA have carved their niche on the veneer of metalcore. There’s a special madness here.”
Alternative Press

“…unpredictable, memorable and precisely executed in every aspect.
9/10.”
Wall Of Sound