The single is one of eight tracks co-written and produced by Dave Hammer in Sydney prior to RACKETT’s rebranding in late 2019. After parting ways with her band-mates Ally Gaven, Kat Alaya and Astrid Holz, RACKETT’s Rebecca Callander spent a year widening her tastes and experimenting with new sounds while also going on a journey of self-recalibration. RACKETT has since revealed three singles in her revitalized electro-pop persona, including Machinations and Oxytoxic, which has received spins on both triple j and Unearthed, and led to her embarking on a fourteen date headline tour in Japan in late 2019. Upon returning to Australia, RACKETT revealed her new sound and electronic stage show to fans in Melbourne, Sydney and Brisbane in early 2020. 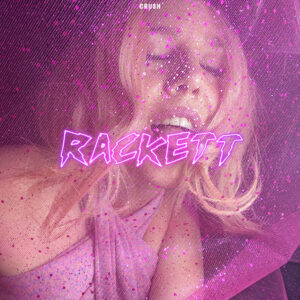