Iconic Australian performer and award-winning songwriter Darren Hayes unveils the powerful new video to accompany his current single ‘Poison Blood’. The single is easily Darren’s most personal and revealing effort to date – the songwriter embracing new levels of introspection and self-understanding than ever before.

To accurately encompass the energy and emotional impact of the song itself, Darren collaborated with filmmaker/photographer and friend Alex Hyner to bring its central concept of nostalgia and intimacy to life on screen.

Though ‘Poison Blood’ is a song that deals with depression and suicide, the music video does not neglect to acknowledge the new chapter of music Darren has been exploring in recent years. The final film output, beautifully striking and aesthetically enticing, matches the energy Darren has threaded throughout his new material, evidenced across his string of strong singles released so far this year.

“My song ‘Poison Blood’, deals with depression, which is such a delicate subject in and of itself, so when it came time to make a visual component, I knew I wanted to make a music video that was extremely intimate but was also true to the visual inspirations and musical references that have shaped this new era of music.  Everything has been tinged by an 80’s wistfulness and had a magical quality to it.” Darren Hayes

The blend of melancholic and nostalgic tones is a deliberate one with the ‘Poison Blood’ clip; memories of some of life’s most difficult experiences, being brought back to the surface – desperately needing to find a sense of reconciliation and healing.

Early ideas of the music video were sparked from conversations between Darren and Alex, pulling inspiration from visuals by artists including Elton John (‘Sacrifice’) and Prince (‘When Doves Cry’). To keep the ‘80s influences anchored in this project, only film techniques used in 1985 were employed in the making of the ‘Poison Blood’ video: cameras were hand-held or operated by a dolly, with real sets and any special effects executed practically in front of the camera.

Says Darren of the experience, making the ‘Poison Blood’ video captured him in quite the raw and vulnerable state; in that, there is a unique beauty that can be related to the audience and in that, the fans can connect on a deeper level.

“Ultimately the point of the song is that in spite of my challenges with mental health, every day is a day that I choose to stay alive – and in our video – through the sheer force of love, I will myself back into that bathroom and back to life – and we end where we begin.

There were two ‘cry’ performances shot for the video – I believe one take is in the video where a single tear runs down my cheek.  We simply put on a sad song, for me that song is ‘Poison and Wine’ by The Civil Wars. Within the first few bars I burst into tears and we kept rolling. I love that we captured me so raw, so unguarded and so real.  It’s a process that keeps unfolding and I’m enjoying it so much about making music again after being away for so long.”Darren Hayes

2022 has been a triumphant year for Darren Hayes. Releasing his first new music in 10 years from the anthemic ‘Let’s Try Being In Love’ to the pulsating dance floor vibe of  ‘Do You Remember?’. Darren reminded us of his ability to write, produce and arrange songs that are an addictive listen.

‘Do You Remember?’ Tour – 25 Years Of Savage Garden, Solo Hits And More.

‘Poison Blood’ is out now via Powdered Sugar Productions 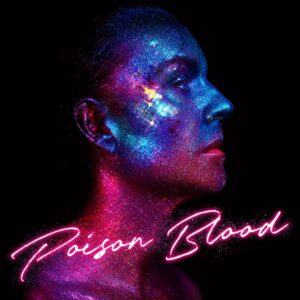