Hailing from Perth, Indie Electronic trio Crooked Colours played to a sold out show at The Forum, Melbourne 25/5/19 on their national tour to support their recently released sophomore album, the bewitching ‘Langata‘.

Supported by the summery dance sounds of Nyxen and the dynamic, Kayex, the sold out crowd turned the Forum into an underground rave party, The atmosphere already electric long before Crooked Colours took to the stage – floors sticky as everyone with drinks in hand readied themselves to dance the night away which started with an impromptu singalong to John Denvers’ ‘Take Me Home Country Road’ which played over the speakers just before the main act took to the stage. 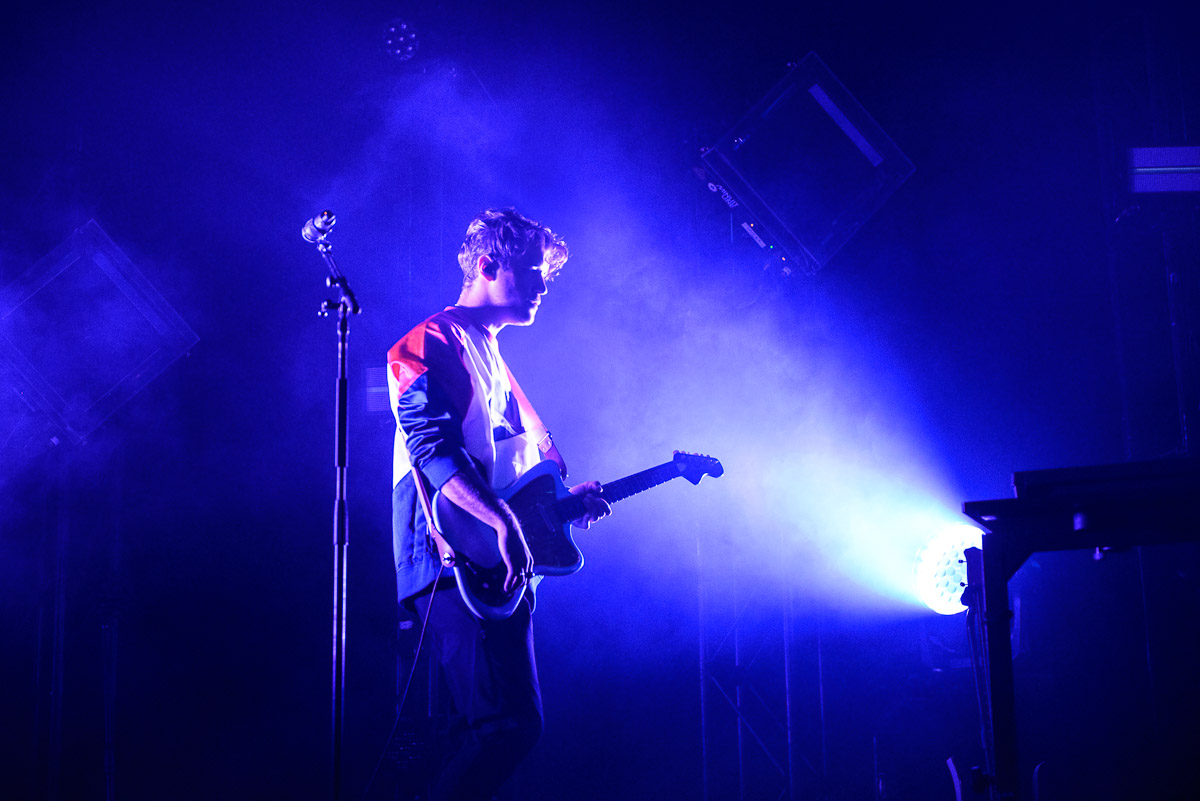 The trio consisting of lead singer, Philip Slabber multi instrumentalist, Leon De Baughn on synths and Liam Merret-Park on drums kicked off the party with ‘Come Back’ from their exceptional slow burner debut ‘Vera’ from 2017. The crowd roaring their approval as the party started with everyone bouncing and singing along. Next up was ‘Hold On‘ followed by ‘Do It Like You‘ both from the recently released ‘Langata’. Only released  2 weeks ago everyone in the crowd already knowing the words, as the danced and sang along. 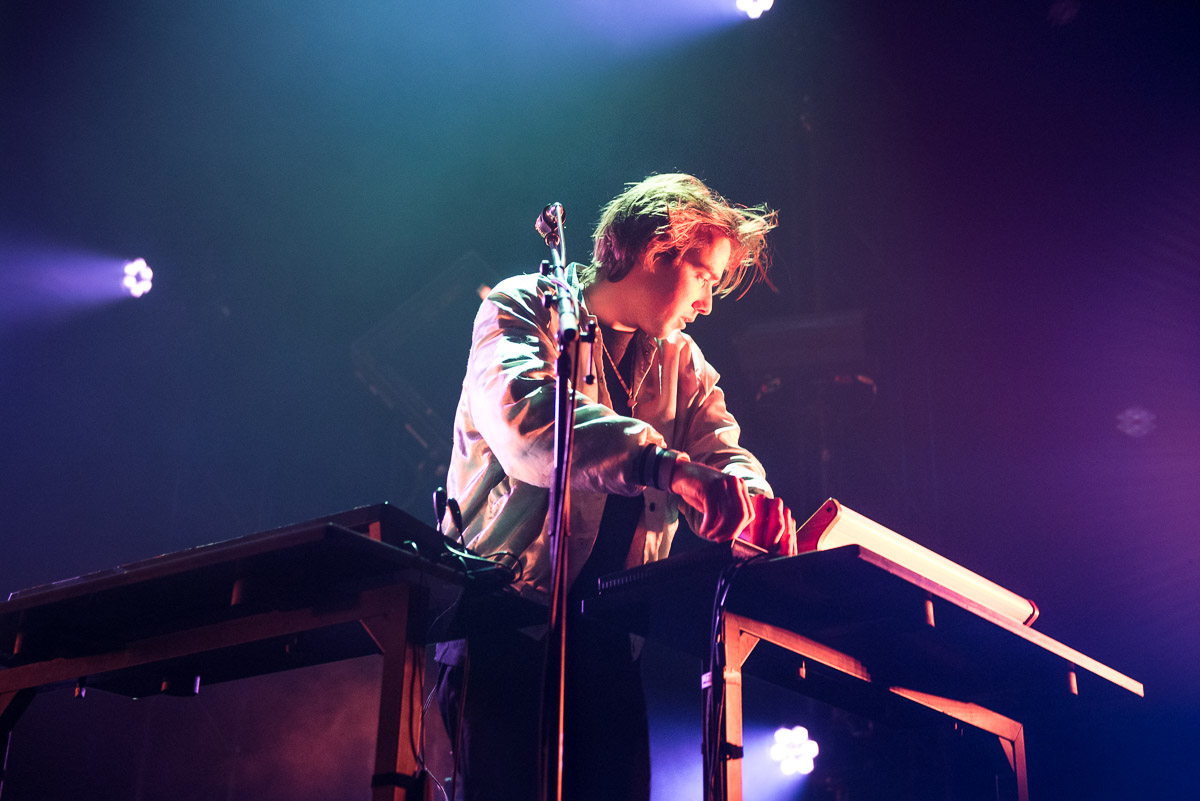 Each track would send everyone into a dance trance, with Merret-Parks’s heart pumping drumming and the ingenious synth skill of the impressive De Baughn, both looking like they were loving every minute of it.

Dressed in ‘loungewear’ (tracksuits and sweat tops) they more than satisfied the adoring crowd with a mix of new tracks from ‘Langata’ with additional tracks from their debut ‘Vera’ which kept the the older fans happy as well as blowing away any new ones in the crowd. They also added a slowed down reggae cover version of Robin Shultz’s ‘Sugar Baby’ which was well recieved! 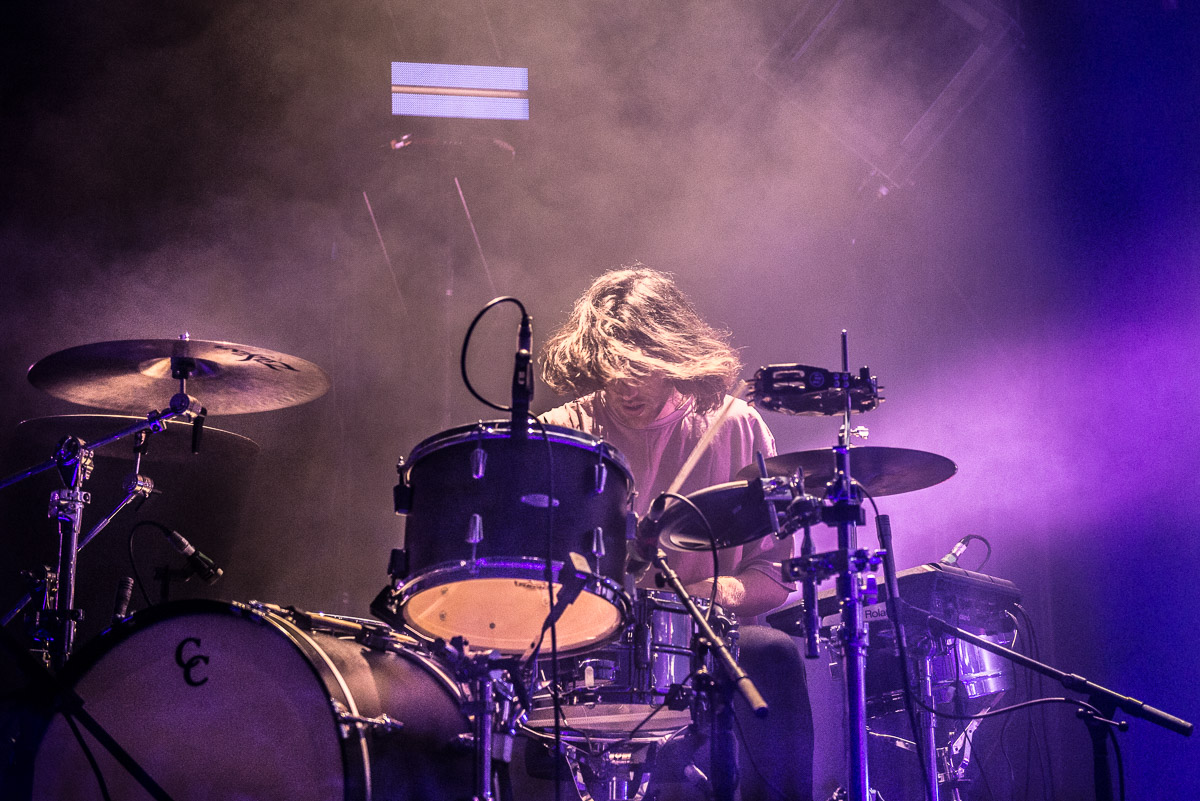 Being the hottest rising act in electronic music in Australia, if not the world, they have mastered the pairing of lighting and their live sound creating an electrifying visual masterpiece!

‘Langata‘, named after a region in Nairobi, Kenya where the albums’ creative direction took place whilst on tour in Africa last year. It was written, recorded and meticulously produced entirely by Crooked Colours and seeing them live only enhances the album. 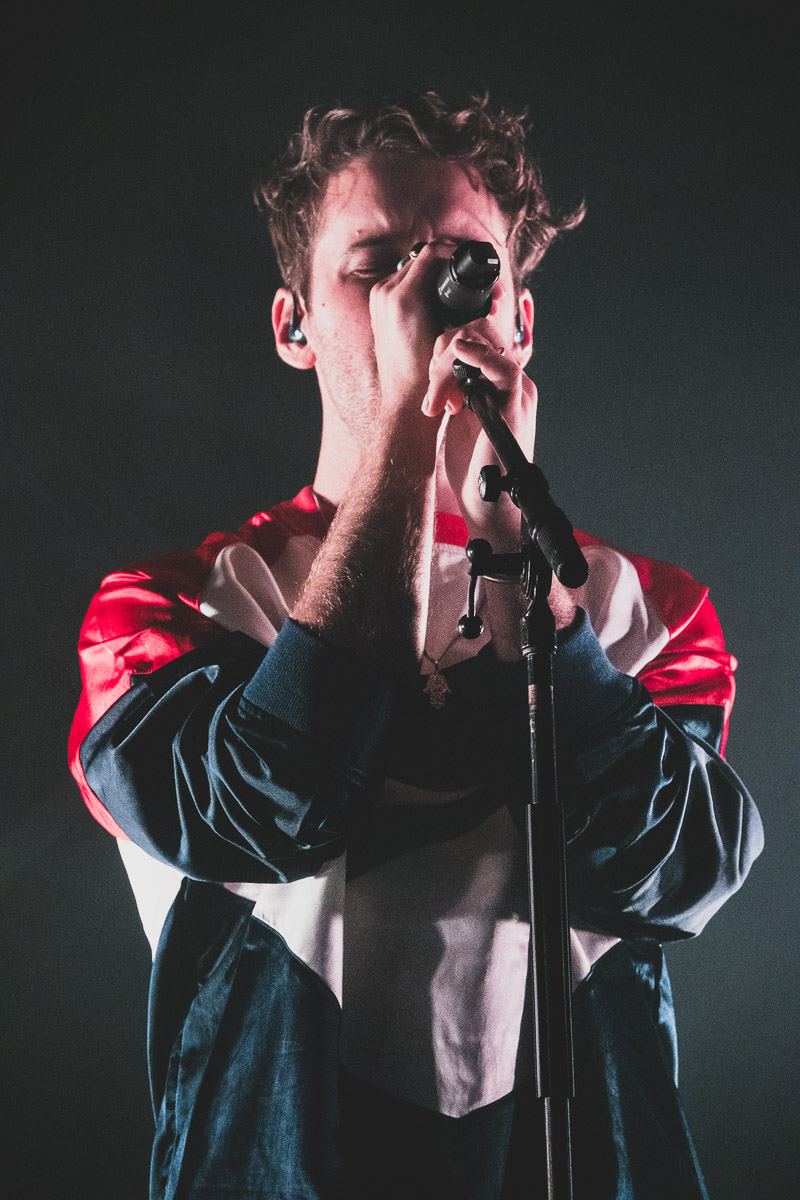 It was an intense, fun, fast paced 1 and 1//2 hour show with a mix of smooth vocals and fast hypnotic dance riffs.

If you can, you have got to see these guys live. Fantastic gig and a great party!