Having strongly defined her disco-pop soundscape in recent years, 2021 has seen Chase Zeracome into her own visually, musically and aesthetically. Following on from her disco pop anthem ‘Supernova’ Chase Zera returns with an equally anthemic, intoxicating new single ‘Jealous’. With an irresistibly danceable disco beat mixed with psychedelic synth lines that expand into a breathtaking chorus, this tune grabs your attention immediately. Underneath the grooves however, lies lyrics exploring the dark emotion of jealousy and how being infatuated with someone also comes with the painful fear of losing them.

The dark undertones combined with the infectious soul of the track demonstrates Chase’s ability to really get her point across whilst still giving the listener a track they can dance to. Chase says of the track that “There was no holding back writing these lyrics. The words might be laced in a groovy, danceable disco beat, but they’re still toxic. Jealousy is the ugliest emotion, but sometimes, feeling a bit jealous is what makes you realise you have feelings for someone. You don’t want to lose them, especially not to someone else.“

Growing up as a dancer and being heavily inspired by pop and disco icons, Chase states “I knew I wanted to be a performer before I knew I wanted to be a musician”. This focus on dance is clear through her disco laden discography which has seen her support Bag Raiders, Hayden James and more as well as showcasing her energetic live show at Wine Machine and NYE In The Park.

In 2020, Chase continued to go from strength to strength as she released four empowering singles, ‘Bring Me Down’, ‘Saving Bugs’, ‘Over Here’ and ‘No More’ which made a bold statement for the future star. The Sydney talent has been impressing fans and industry alike, with support across triple j, The Edge 96.1, KIIS as well as blog love via via NME, Tonedeaf, Life Without Andy, Purple Sneakers, Cool Accidents, Women In Pop, The AU Review, Future Mag Music, and many more. The future is bright for this young talent and this track only cements her position as a rising star. 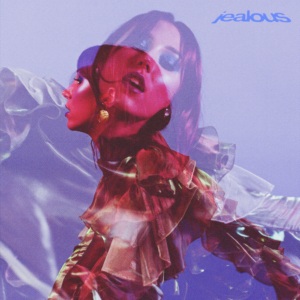