Joji releases a remix by Channel Tres that completely transforms his recent single ‘Gimme Love‘. While Joji’s original ‘Gimme Love’ had what he described as a “sense of urgency but calm”, Channel Tres bends the frenetic pop anthem into an introspective club groove. Instead of sprinting towards urgency, this new take on ‘Gimme Love’ seeks out peace at a much slower and headier pace – a testament to Joji’s multi-faceted songwriting and Tres’ nuanced understanding of the potential dance music possesses. Listen to Channel Tres’ ‘Gimme Love’ remix HERE.

Pushing the vibe of the original in a different direction, Channel Tres says, “I tried to make the remix soft and sensual, like something on a smooth jazz radio station that you could still use in a DJ set.” Joji puts it bluntly: “It makes me tingly”. Watch the visceral music video for Joji’s original ‘Gimme Love’ which Billboard calls “intergalactic” HERE.

In addition to sharing the ‘Gimme Love’ remix, Joji has confirmed that the release date for his new album Nectar has been rescheduled to September 25 via 88rising, distributed by 12Tone Music.

Joji is one of the most enthralling artists of the digital age. He has a total vision for his work, not just in the writing and producing of his music, but artwork, videos, merch, and live performances as well. It’s a fully realized world that his fans can inhabit and explore—and see themselves in. “My music is not biographical,” he says, but even still, the deep, heavily shaded emotions in his songs are genuine and they speak to anyone who has ever felt stuck on the outside looking in, who knows what it means to not belong. In 2019, Joji sold-out his North America tour within minutes and performed at some of the most coveted festivals across the world, including Reading & Leeds in the UK and Lollapalooza. As Joji surpasses 4.2 billion global streams, 2020 promises to be his biggest year to date.

Since the release of last year’s Black Moses EP, Channel Tres has shown no signs of slowing. In March he released the blown-out g-funk jam “Weedman,” which served as the first single on his new record label Art For Their Good. Following he announced a feature on Disclosure’s track “Lavender,” from their anticipated August album, ENERGY. From soundtracking two Apple commercials and the latest Grand Theft Auto video game, to collaborating with the likes of James Blake, Clairo and King Princess, his music is seemingly everywhere this year.

“Powerful vocals…highlights his growth as an artist”
COMPLEX 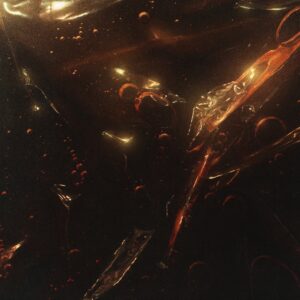