After taking a trip down memory lane earlier in the year with “In The Clouds“, Melbourne-based alternative rock outfit Bad Juju are back and better than ever with a tongue-in-cheek ode to the dark side of life with new single, “American Halloween“. Bad Juju channel their love for catchy hooks, big riffs and classic popcorn horror movies into a self assuring anthem that commands listeners bring out their weirder side.

In an exclusive hosted by Beat Mag yesterday, the band disclosed their new single was inspired by the band’s love of cheesy American slasher films. “American Halloween” is a nostalgic grunge thumper about embracing your weird side and learning to proudly let your freak flag fly. “Halloween has always been a time to express that side of ourselves” reflects vocalist Russell Holland. “This song is about being comfortable with who you are, and caring less about what people think and letting the freak out, and what better place to do it than an American-style Halloween”.

The track was produced by Callan Orr (Dream On Dreamer, Young Lions), mixed and mastered by Malcolm Besley (North East Party House, Slowly Slowly), with additional drum engineering by Beau McKee (Between You & Me, Closure in Moscow). The alt rock single comes equiped with a quirky music video, featuring images of famous horror movie alumni, which solidifies the release as a beacon for any alternative fan that has feared comfort in being one’s self. Watch here.

To celebrate, Bad Juju have announced they will be gracing the stage on Saturday December 18 at Melbourne’s Stay Gold to launch both singles “In The Clouds” and “American Halloween“. Joining Bad Juju on ‘The Year From Hell’ show is Bukowski, Plovers and Rex Dante. Tickets available via Oztix.

Bad Juju entered into the spotlight in 2017 with all guns blazing, creating hard-hitting 90s inspired grunge rock. The band have cut their teeth on the live circuit alongside some impressive names, including Mayday Parade (US), Trophy Eyes, Dream On Dreamer, and Columbus, as well as performing at BIGSOUND 2018.

The bands 2019 release, “Say It“, received high praise from triple j Unearthed and triple j’s Richard Kingsmill, who gave massive props with: “You fucking mean it. I can tell. All bands should.”

The highly anticipated sophomore EP, ‘You’re Not Alone’ released in 2020 and is home to singles “Dawn“, “Let’s Talk” and “Disappoint” – which featured on triple j Unearthed’s Top 5 Songs of the Week. The track was again praised by triple j’s Richard Kingsmill, who said, “I love a song of confession that is screamed from a mountain top. Loud and proud stuff again from these guys”.

2021 marked the unveiling of their powerhouse single, “In the Clouds”. The release saw the band go from strength to strength, scoring additions to Spotify and Apple Music playlists and scoring a highly prized slot as feature artist on ABC’s RAGE.

After a couple of years honing their sound and working tireless to create a live show to remember, the band have arrived and are ready to show everyone what they’re made of. 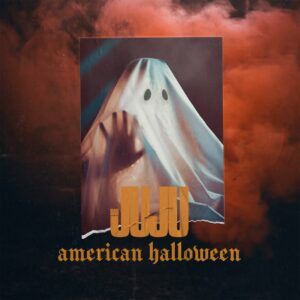 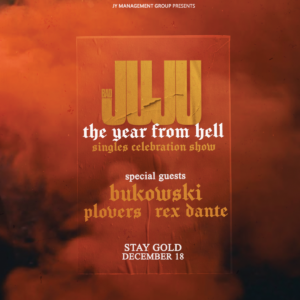