Sydney’s Autone and UK DJ/Producer Kelvin Wood unite and elevate for contagious new single ‘Crush’, out now via Central Station Records. Featuring the effortless and silky vocals of Amanda Wilson, this timeless classic is reinvigorated into a fresh dance anthem. Energetic yet emotive keys glide over a bouncing bass line groove, immediately instilling a sense of nostalgia as the iconic melodic hook carries the listener directly to the dance floor. Arpeggiated fills are sprinkled throughout with uplifting drum rolls as the driving force into an ever-satisfying drop, giving you the ultimate hands-in-the-air feeling. Autone and Kelvin Wood are non-stop flaunting their production prowess as they serve up this masterclass in pure dance bliss.

Speaking to how the record came together, Autone notes “Jennifer Paige’s version of ‘Crush’ has been a huge favourite for many, and still remains to this day.  I was looking for a track that was personally nostalgic and I knew would make a great reimagined dance record!  The infectious melody is burnt into everyone’s minds, so it was a no brainer!  I asked Kelvin to join me in a collab on the project after being a fan of his work for a while, and knew he’d bring his awesome vibe to the record! Seeking out a vocalist to join us on the release was the easiest choice with Amanda Wilson. We’ve been friends for well over 10 years, and I’ve been waiting for the right track to come along so that we could collaborate finally!  The three of us got to work and I feel have produced something rather special that I hope everyone will love!”

Sydney based DJ and producer Brett Austin (Autone), is no stranger to the world of dance music with a string of productions under his belt solo and as DJ/production duo, Oxford Hustlers. Regularly playing at clubs and events all over Australia, Autone has also spun on dance floors across the UK, Europe and Asia. Although versatile behind the decks, he is particularly known for his massive vocals, big pianos, and chunky bass lines all delivered with lashings of energy and a bit of sass! With multiple remixes already in the bag including ‘Thunder in My Heart Again’ for Armand Van Helden & Meck ft Leo Sayer, and ‘Rich Friends’ from WasteLand & BOI, 2022 is set to be a big year for Autone as he rises through the ranks of the Australia dance music scene.

Hailing from Doncaster UK, Kelvin Wood has established himself as one to watch garnering support from the likes of BBC Radio 1, Kiss FM, Kiss Dance and Selected, to name a few. With over 55 million streams across platforms on his catalogue, Kelvin Wood is certainly proving he can party with the best of them.  His rendition of ‘No Scrubs’ has been an international success across DSPs, clubs and international radio along with remixes for Gracey, Katy Perry, Paige Turley (Love Island) and The Vivienne (Rupauls Drag Race).

Amanda Wilson is a singer/songwriter and is a household name to many for dance, club and house fans across the world. As a member of the Freemasons and a hugely successful soloist, she has multiple UK Top 40 records to her name. One of her most notable collaborations, ‘Seek Bromance’ with Avicii, has had over 250 million streams across platforms since its 2010 release and will no doubt remain as a treasured work in dance music history. Working with many DJ’s and producers throughout her career, Amanda Wilson has also garnered the support of industry legends such as David Guetta and Roger Sanchez, all contributing to her becoming one of the most revered vocalists in dance music. 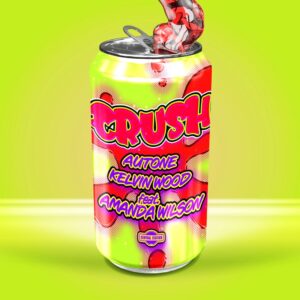