Amid one of the most challenging times for the Aussie music industry, local artists Baker Boy, Big Twisty, D’Arcy Spiller and Kirsten Salty have come together to take on one of the most talked-about tracks of the past year; Did Somebody Say Menulog.

As an Australian-born food delivery service, Menulog has partnered with the Mushroom Group, to give home-grown talent a platform and to celebrate and support the music industry in Australia during challenging times.

Since the outbreak of COVID-19, local music makers, performers, creatives and producers have had to face extreme challenges throughout the country as venues, gigs and shows were canned one after the other.

Following issues around the lack of local talent in Australian broadcast, such as the coverage of the Tokyo Olympics, Menulog has handed creative control of Snoop Dogg’s now famous track, ‘Did Somebody Say Menulog’ to these local artists, to shine a light on our talent-filled pool of home-grown artists and create a completely local iteration of what has become one of ad-lands most recognisable tunes. 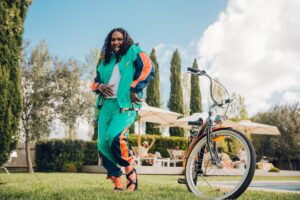 Baker Boy of the project said: “I’m pumped to be working with Menulog and Mushroom and get to re-write my own version of the Snoop track. It was really fun getting to add my own flavour and throw in a nod to some of my favourite bush tucker. It’s been such a rough time for the industry, so it just feels so good to have this opportunity to create something really special!’ 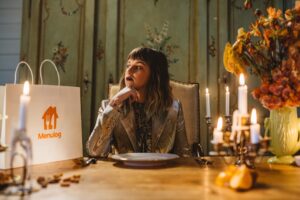 D’Arcy Spiller, Melbourne-based up and comer who adds her hauntingly beautiful take to the track, said “Everyone knows the Snoop song, so it’s a real opportunity for Menulog to shine a light on the Australian music scene. We have so many  talented artists wanting a platform to share their art and I know this is just the first step in Menulog providing that”. 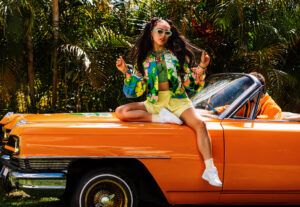 Rising Sydney-based star Kirsten Salty said: “Food is so personal and so the track genuinely gives a little insight into all of the artists on it. I think it’s going to generate a lot of talkability, not just about the lyrics but also how Menulog and Mushroom have focussed this globally successful track to provide a platform for local artists. I hope more Australian brands follow.”

Of the recording, Kiama boy Dom Littrich AKA Big Twisty said: “We had one hell of a time getting into the lab and laying down some heat over a fat Snoop Dogg inspired beat. We hope everyone gets around it and backs the message of supporting local artists.” 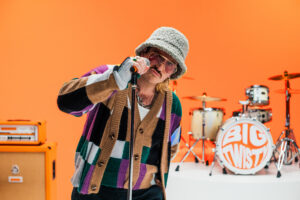 Matt Gudinski, Chief Executive at the Mushroom Group said: “We’re excited by the opportunity to give some of the country’s most exciting young talent a platform with the new Menulog campaign. At a time when Australian artists are struggling, it’s great to see a brand willing to support the local music industry rather than hunt down an international superstar.”

The master track featuring all four artists is available now via YouTube and will feature as Menulog’s new TV campaign from Sunday 17th October. The track will be shared across radio, social and digital to boost the reach of the local artists’ newest release.

Menulog is an app-based food delivery service offering Australians the greatest choice of restaurants and cuisines across the country. Menulog connects 4 million active customers with over 30,000 local restaurants, servicing 92 percent of the addressable population.

Born in Australia more than 15 years ago, Menulog is now part of Just Eat Takeaway.com, a leading global online food delivery marketplace. Download the Menulog App via the App Store or Google Play.

About Baker Boy
Baker Boy was first introduced to adoring fans in 2017, with the one-two punch of debut singles ‘Cloud 9’ featuring Kian, and ‘Marryuna, featuring Yirrmal. The entirety of Baker Boy’s art, from his infectious flow to his music’s modern-throwback production to the jaw-dropping dance moves he perfected as part of the Djuki Mala dance troupe, connected instantly. With each successive release Baker Boy continued to establish himself as a deft, talented rapper, with charisma and verve inherited from the genre’s greats.
His list of career accolades include APRA AMCOS Song of The Year Nomination for ‘Meditjin feat. JessB’, six ARIA nominations; an ARIA Gold certification for ‘Cool As Hell’; six wins at the National Indigenous Music Awards; an Order of Australia medal; the 2019 Young Australian of the Year award; multiple placements in Triple J’s Hottest 100 and over 42 million streams of his music world-wide.  His music was most recently chosen for the FOX SPORTS NRL and AFL Indigenous Rounds and LEGO VIDIYO advertising campaigns.  Baker Boy performed to millions at the AFL Grand Final 2021 in Perth and today releases his eagerly awaited debut album Gela, a blistering, joyful record that paints the young rapper more vividly than ever before.
About Big Twisty & The Funknasty
After Big Twisty & The Funknasty’s descent to earth from space, they took no time in creating the most powerful, jaw dropping, funk/Hip Hop show on the planet. Big Twisty & The Funknasty burst into the Hiphop/funk scene in late 2019, with sell out shows across Wollongong and Sydney. Quickly establishing their sound with the release of ‘King Is Back’ and ‘Pickup Truck, the band has gone on to Sell out every show they have played at venues including; Wollongong Uni Bar, The Northern Byron bay, Oxford Art Factory, and Miami Marketta.
With the addition of Matt and Jack from ‘The Inspired Unemployed’ the band has gone on to support bands such as the ‘Dune Rats’, ‘The Vanns’ and a RAD stage headline slot on Yours and Owls Festival 2021. Big Twisty & The Funknasty have been busy at ‘The Grove’ studios with producer Jack Nigro (Totty, The Terry’s) to bring you their latest single ‘Pussycat’. Pussycat’ is a sonic fusion of old school motown funk, with a serious 90’s Hiphop attitude and flow. ‘Pussycat’ is a tale about feeling love, passion and attraction when on the dance floor, at the bar, or even just cruising around the neighbourhood.
About D’Arcy Spiller
Melbourne/Naarm rising star D’Arcy Spiller released her sophomore EP Disarray on Friday 6 August via 100s + 1000s.  Lead single ‘K Karma’ – co-written with Ali Barter and Holy Holy’s Oscar Dawson stands centre stage as one of Spiller’s more sophisticated and catchy tracks to date.  Disarray also features co-writes from Zachary Hamilton-Reeves (Northeast Party House) and Phebe Starr.  D’Arcy first burst into our hearts in 2019 with her crushing debut single ‘Cry All Night’ which peaked at #9 on triple j’s Unearthed Chart.
In 2020 she released her debut EP Little Demons which featured powerful follow up ‘Wildfire’, closely followed by the spine tingling ‘Deep Black Sea’ ,which earned her triple j Unearthed Feature artist and an add to rotation at triple j.   In 2021, D’Arcy came back swinging with her new single ‘Wolf Blood’ which was added to rotation at triple j and saw international airtime on Amazing Radio (UK). The track exploded on streaming platforms, seeing cross-genre playlist additions to playlists like Spotify’s The New Alt which has over 1 million subscribers, and securing D’Arcy a loyal fanbase of listeners worldwide and culminating in a sold-out hometown (Naarm) show.
About Kirsten Salty
21 year old Sydney up-and-comer singer/dancer Kirsten Salty (Kirsten Tsoltoudis) started training in all areas of performing arts from the young age of 3. At the age of 10 Kirsten began her part time training at Brent Street which opened up her love for Singing and Musical theatre. At age 12 Kirsten was casted into Annie the Musical playing at the Lyric theatre alongside some of the greatest performers in Australia. When Kirsten turned 16 she left high school to attend Brent Street’s highschool performing arts program ‘BSA’ which she graduated with a Cert IV in Performing Arts. She is now working and focusing on her own solo artist project, recording music and in writing sessions working with some of Australia’s leading producers and songwriters. Her passion for dancing expressed through her love for teaching and working with kids.
Salty has recently released her sweet-as-candy new single ‘Lucy’, the delicious follow up to March’s ‘Limbo’ and 2020’s debut ‘Je Ne Sais Quoi (feat. Taka Perry)’.  Co-written with Robby Desa (The Veronicas, 5 Seconds of Summer), Ned Houston (Jack Gray, Client Liaison) and 2020 breakout star MAY-A, ‘Lucy’ is an exciting slice of bedroom pop about the version of ourselves we aspire to be.  ‘Lucy’ follows recent singles ‘Limbo’ and ‘Je Ne Sais Quoi (feat. Taka Perry)’ which saw Kirsten perform live on ABC’s ‘The Sound’, Tik Tok’s Isol-Aid and play shows with MAY-A, Stevan and Fergus James.  Both singles saw adds to triple j Unearthed Radio and great early support from DSP’s with ‘Limbo’ taking out the #4 spot on Spotify’s New Music Friday and earning the cover of RADAR AU & NZ, ‘Je Ne Sais Quoi’ placing on Front Left and adds to Apple Music’s Alt Pop, Pop Chill & Breaking Pop playlists. Together the tracks have clocked a quarter of a million streams.  ‘Lucy’ marks the beginning of great things from the fresh-faced Kirsten Salty, watch this space for more exciting developments!
Follow Baker Boy